Unfortunately, Israel has yet to come up with an effective solution to the continuing attacks by so-called lone wolf Palestinian terrorists. As we noted last week, they are  seemingly self-motivated actors with no apparent centralized coordination that Israel can target. And the young age of most of them means they are unlikely to be on any lists of known terrorists.

The current wave of Palestinian violence was prompted by the cynical calculations of Palestinian Authority President Mahmoud Abbas. He has long chafed at what he views as the world’s insufficient attention to the Palestinian cause as leaders and diplomats focus on other Middle East problems, particularly the situations in Iran, Iraq, Syria, and Libya.

So when the UN General Assembly convened last month, he chose to invent a Temple Mount crisis, claiming that Israel was intent on changing the status quo of Arab operational control. And he was not at all shy about asserting his claim: “Al Aqsa Mosque is ours. The [Jews] have no right to defile it with their filthy feet…. We bless every drop of blood spilled for Jerusalem, which is clean and pure blood, blood spilled for Allah.”

When, in the wake of Mr. Abbas’s rhetoric, Palestinian attacks against Jews erupted and many of the perpetrators were killed by Israeli soldiers or police, there were some disturbing reactions from U.S. officials.

For example, Secretary of State John Kerry seemed to add a political dimension to the Palestinian attacks and an equivalent ulterior motive for the level of Israeli retaliation:

So here’s the deal. What’s happening is that unless we get going, a two-state solution could conceivably be stolen from everybody. And there’s been a massive increase in settlements over the course of the last years. Now you have this violence because there’s a frustration that is growing, and a frustration among Israelis who don’t see any movement.

And then there was State Department spokesman John Kirby saying this at a press briefing when asked about Israel’s setting up roadblocks in Palestinian neighborhoods in East Jerusalem: “Now we have seen some – I wouldn’t call the checkpoints this – but we’ve certainly seen some reports of what many would consider excessive use of force.”

But the Obama administration had once again evinced an instinct to blame Israel first that could prove very troublesome going forward.

We were therefore pleased that the proposal by Mr. Abbas and the French government that international monitors be stationed on the Temple Mount, thereby compromising Israel’s claim to it, was beaten back by strong opposition from Mr. Kerry.

Of course, Mr. Kerry argued that the monitors would not be needed as long as Israel clarifies that it has no new designs on the Temple Mount, thus implicitly giving some credence to Mr. Abbas’s claims and rendering U.S. opposition conditional.

Surely Mr. Abbas’s blatant lie about Israel having “executed” a 13-year-old Palestinian boy who had taken part in a stabbing attack that wounded two Israelis – the youth was later shown alive and well in an Israeli hospital – should have informed Mr. Kerry’s position on Mr. Abbas’s credibility.

But given Mr. Kerry’s demonstrated obtuseness on Middle East matters, his stance on the Temple Mount monitors, even with the qualifiers he included, was a baby step in the right direction. 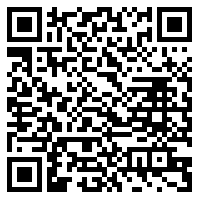