Joe Biden has been touted and long self-promoted as the candidate who would do all he could to unify the country. Sadly, though, his reaction to the attacks last Saturday by Antifa and Black Lives Matter on Trump supporters who had gathered in Washington, D.C. shows he is just the opposite. He is plainly still unable to abandon the Left’s divisive narrative that these violence-prone groups are a legitimate part of the American political process.

In a statement the Biden office said, “President-elect Biden continues to denounce all acts of violence. Likewise, he also condemns the repugnant displays of white supremacy that were made in Washington, D.C. this weekend.”


Nice. If all violence is condemnable, then there is no need to call out the perpetrators in the anti-MAGA assault by name. But only one side initiated violence in Washington – and it wasn’t Trump supporters.

If there were any doubt about what Biden was up to, consider his white supremacy comment. Is he suggesting that there is an equivalency between physically attacking someone and a fringe lunatic carrying a derogatory sign? Both present serious issues, but surely they are not the same order of business as far as society should be concerned.

The campaign is over. Biden doesn’t need the electoral support of the far left anymore. So it’s time he cut loose from it. Better he should promote political dialogue. 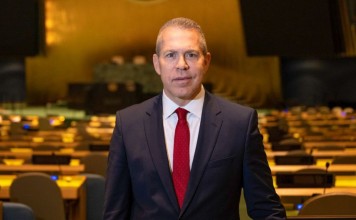