We were much discouraged by last week’s presidential press conference. We – and we suspect many Americans, except for perhaps some inveterate Trumpers – were hoping for the president to correct his image as a passed-his-prime elected leader unable to deal with the rigors of the highest office in the land. We, at least, were not encouraged.

For one thing, many of the questions posed by the palpably obsequious press corps were classic soft balls; some worse.


First Question: “You mentioned your progress on Covid-19. I’d like to ask you about some of the other issues facing your presidency. One of the defining challenges you face in the coming months is how to deliver in your promise to Americans on issues like immigration reform, gun control, voting right, climate change. All of those right now are facing stiff, united opposition, from Republicans on Capitol Hill. How far are you willing to go to achieve those promises that you made to the American people?” (emphasis added).

So after being directly freed from addressing specific concerns about his approach to the burning Covid-19 issue from the get go, he was now invited to avoid identifying and explaining his policies on most of the remaining urgent issues but to get on record about them notwithstanding. Thus, he was asked rather to discuss how much political capital he was willing to expend fulfilling his campaign promises to address them. Can anyone think of a question better formulated to make for the easiest of answers?

And the president didn’t disappoint with this political homily:

So we’re going to more on these one at a time, try to do as many simultaneously as we can. But that’s the reason why I focused as I have. And here’s the deal: I think my Republican colleagues are going to have to determine whether or not we want to work together, or they decide that the way in which they want to proceed is to – is to just decide to divide the country, continue the politics of division. But I’m not going to do that; I’m just going to move forward and take these things as they come.

You’ve said over and over again that immigrants shouldn’t come to this country right now; this isn’t the time to come. That message is not being received. Instead, the perception of you that got you elected – as a moral, decent man – is the reason why a lot of immigrants are coming to this country and entrusting you with unaccompanied minors. How do you resolve that tension?

Incredibly, he was given a pass on having to explain specifics, this time on what he is doing to stem the immigrant flow. Instead he was asked to address the consequences of his being perceived as “a nice guy.”

The president didn’t miss a beat: “I am flattered people are coming because I’m the nice guy; that’s the reason why it’s happening – that I’m a decent man or however it’s phrased….” He then went on to explain that people have traditionally wanted to come to the United States because of poor or dangerous conditions in their own country and the current surge is the usual response to the cold weather in the winter months which lessens the chances of dying in the desert heat in the warmer months.

Biden came up with a solution, but it was of the oy vey sort: “The way to deal with this problem – and I started to deal with it back when I was a United States senator – I mean vice-president – putting together a bipartisan plan of over $700 million to deal with the root causes of why people are leaving.”

An American project to eliminate poverty and violence in Mexico, Nicaragua, Honduras and Guatemala? With an estimated price tag of $700 million? Is he for real?

To be sure, the president rattled off statistics showing that the immigration problem is no greater than in the Trump years, and he claimed that the overwhelming majority of people coming to the border and crossing are being sent back. But we challenge anyone to review the press conference transcript and make sense about what he said on this score. This is to say nothing of the growing consensus, even among congressional Democrats, that the problem has morphed into a real crisis.

When listening to his presentation, we were at time impressed with the way he seemed to be systematically marshalling statistics and discussing the nature of the immigration problem our country faces, although it appeared that he was regularly consulting some notes. To our chagrin, though, it was later revealed that he largely relied on those notes. Indeed, as it turns out, his questioners were also pre-selected, which raises a host of other questions given their non-confrontational tones.

All of us lose when our president is not perceived as being able to hold his own at the table with world leaders. Sadly, President Biden has not yet demonstrated that he has the energy and vitality to think on his feet and engage conflicting arguments.

People have said that he has his advisers selected from the finest minds to be found in America and so everything will be okay. But it is the president who is the ultimate decision-maker, who must choose from any number of well-reasoned policy alternatives.

And we’re not optimistic. 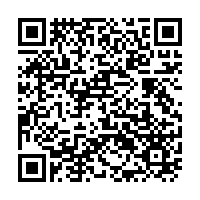