The refusal by a panel of three Israeli Supreme Court judges to allow Meir Ettinger – grandson of slain Jewish activist Rabbi Meir Kahane and an activist himself who is currently under administrative detention – to attend the bris of his firstborn son is one of the more disturbing excesses the Israeli government has committed in its insistence on walking a straight and narrow path of political correctness.

According to the three judges, Ettinger is too dangerous to allow him outside the prison walls where he is being detained since his arrest in August 2015 after the deadly firebombing of a Palestinian house in the village of Duma.


And therein lies a disturbing tale.

While security services allege he is the leader of a group of “Jewish extremists,” they acknowledge he is not linked to the Duma attack and he has yet to be charged with any crime.

Ettinger was arrested and placed in administrative detention, a device used primarily in cases involving Palestinians. Under this procedure, Israeli authorities are permitted to hold suspected terrorists for six months at a time without filing formal charges. The detention can also be renewed indefinitely, and in February Defense Minister Moshe Ya’alon extended Ettinger’s detention for four more months.

Significantly, at the time of his detention Israel was under extreme international pressure to show that it was serious about responding to Jewish attacks against Palestinians. Prime Minister Netanyahu declared to participants at a weekly cabinet meeting that “We are determined to vigorously fight manifestation of hate, fanaticism, and terrorism from whatever side.… Our policy toward these crimes is zero tolerance.”

In an interview with Israeli Army Radio, Ettinger’s lawyer, Yuval Zemer, criticized the Shin Bet for trying to placate international opinion. He went on to ask, “What could be better than the [arrest of the] No.1 person of interest?”

We know of no evidence connecting Ettinger to any crimes. To be sure, we are not unmindful that extreme circumstances may call for extreme measures and court-quality proof may not be available in cases of readily apparent danger. But it is the apparent lack of any evidentiary standards or practical recourse to any legal challenge in this case that makes it so disturbing, both for Meir Ettinger on a personal level and for what it says about Israeli democracy. 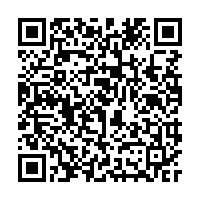