Israel’s weapons and military technology sales have reached $5.7 billion in 2015, according to Defense Ministry figures published Wednesday. This marks an overall increase of about $100 million in 2015 over 2014. Most of the 2015 contracts were for sales of ammunition, unmanned aircraft, and upgrades of aircraft.

Sales to Europe reached $1.6 billion in 2015, compared with $724 million in 2014, possibly because European countries have become intensely aware of the need to increase their security, what with the refugee crisis and the rise of terrorism on the continent.

According to the Defense Ministry’s statement, 2015 was “another challenging year for security industries around the world,” including the effects of falling oil prices on currency values on the ability of oil-producing countries to pay for their toys. Still, an unnamed security industry official was quoted in the report as saying that African and Latin American countries are still “developing countries,” whose demand for military technology and weapons for law enforcement agencies will continue to grow each year.

“The military industries have succeeded, through a series of actions, joint work and determination, to restore stability to the Israeli military exports market all over the world,” the ministry’s military aid branch head Brigadier-General (res.) Mishel Ben Baruch said.

Nevertheless, Africa was a disappointment, as following three years of persistent rises in Israeli weapons deals with African rulers, in 2015 there was a drop of close to 50% in new contracts. By the end of 2015, weapons deals with Africa reached only $163 million, compared with a robust $318 million in 2014 and a satisfying $223 million in 2013. Perhaps Israeli weapons are so good, there are fewer unruly Africans for their leaders to shoot at.

But African sales comprise a minute portion of Israel’s military exports. Most of the blue and white weapons were sold to Asia and the Pacific countries — and sales there were also down, from $3 billion in 2014 to a mere $2.3 billion in 2015. So, in the end, it was the Europeans who saved the day for Israeli defense industry ledgers. 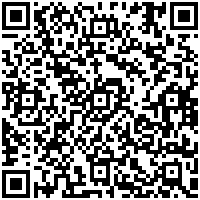