In an interview with The Jewish Press he spoke of community issues – including issues facing the Jewish community – with great facility and obviously would  bring a lot to the table.

A point he made  about his election being key to Republican control of the New York Senate had particular resonance with us. If he is defeated by the Democratic candidate, Todd Kaminsky, who now serves in the Assembly, Democrats will control the governorship and both houses of the legislature in New York State. Aside from his impressive credentials, avoiding a one-party monopoly in Albany is a compelling reason in its own right for our support of Mr. McGrath.

We endorse Alice Cancel  in Manhattan’s 65th Assembly District (Lower East Side) to fill the seat vacated by former assembly speaker Sheldon Silver. Ms. Cancel has been a Lower East Side activist for more and better schools, help for the homeless, and affordable housing. Knowledgeable about city and district issues, she most recently has worked on the staff of Comptroller Scott Stringer. She also worked for former comptroller John Liu and former state senator Marty Connor.

We also endorse Jaime R. Williams in Brooklyn’s 59th Assembly District (Canarsie, Bergen Beach, Gerritsen Beach, and Mill Basin). Mr. Williams is seeking to fill the seat vacated by Roxanne Persaud, who was recently elected to the New York Senate and for whom Mr. Williams served as chief of staff with many opportunities to learn first hand of the district’s problem areas. He has also run an effective domestic violence prevention program. 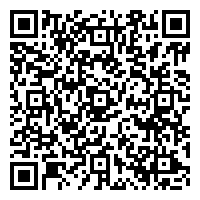