Actress and producer Whoopie Goldberg made headlines this past Monday after she repeatedly asserted on a popular television program that “the Holocaust isn’t about race…. it’s about man’s inhumanity to man…. It doesn’t matter if you’re Black or White, Jews, it’s each other.” She went on to say that the Holocaust couldn’t be about race because the Nazis and the Jews “are two groups of white people.” That it was a case of “white people doing it to white people.”

We will leave it to others to parse Goldberg’s words and decide whether they are those of an antisemite or someone who simply strayed out of her depth. We will also not spend any time pointing out that, after all, Hitler’s insane Final Solution was premised on his notion of the inferiority of the Jewish “race” and the need to obliterate every one of it’s members.


For us, the key concern is whether the Nazi war against the Jews is to be remembered as sui generis, standing alone in the annals of human history – or as Goldberg seems to have it, as just another example of “man’s inhumanity to man.”

Grabowski describes the Polish government’s ongoing efforts to draw a “false equivalence of [Holocaust] victimization” between Jews and non-Jewish Poles and to “downplay anti-Semitic terror at the hands of the Poles, though such incidents are well-documented in the historic record.”

He goes on to report:

“Poland’s efforts to reframe history reflect a trend proliferating in other countries to obfuscate the history of the Holocaust. In France, the far right has made efforts to whitewash the record of the Vichy government, which collaborated with the Nazis. In Hungary and Croatia, local complicity and collaboration is downplayed, shifting the blame for the Jewish catastrophe entirely onto the German occupiers. What makes the Polish example so distinctive is the apparent scale of official state official involvement in redirecting the narrative.”

However, in all of these cases, Grabowski says, “Pushing the blame for the destruction of Jewish communities entirely onto Nazi occupiers obfuscates the larger context of Holocaust horror and the very real problems of collaboration, bystanderism and local antisemitism that helped run the machine of the Holocaust.”

We were particularly disturbed by this part of the Grabowski narrative:

“The current effort [by the Polish government] to erect dozens of monuments to Polish heroes in places of Jewish terror appears to be changing the teaching and understanding of history in Poland. Even Auschwitz, perhaps the most visible symbol of genocide, has not been spared. According to a national poll published in 2020, nearly half of Poles today think that Auschwitz is most of all a place of Polish suffering. Thus, Auschwitz – which is also a museum funded by the Polish government devoted o the memory of nearly one million Jews who lost their lives in the gas chambers of Birkenau – has emerged, to a certain extent, as a place of Polish suffering as much as a Jewish one.

There was never anything like the Holocaust and iy”H there never will be again. But the memory of what did happen, in all its parts, is sacred. We must take care that it not be profaned. 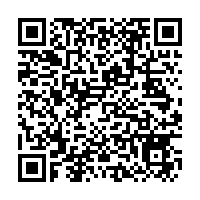