We’ve long been dismayed by how far afield Mueller has gone in investigating possible Russian collusion with the Trump presidential campaign. However, despite being aware here and there of some isolated items relating to Israel that seemed to be in Mr. Mueller gunsights – such as Gen. Flynn’s conversation with the Russian ambassador about the possibility that his country would oppose that infamous UN Security Council resolution condemning Israel – we never detected any particular animus towards Israel on the part of Mueller. So we were somewhat skeptical about Schachtel’s piece – that is, until we checked out the links he provides. Plainly, there is something to his claim.


For one thing, citing George Papadoupolis’ wife as his source, Schachtel says it appears that Mr. Mueller bullied Mr. Papadoupilos into pleading guilty to the lesser crime of lying to investigators by threatening to prosecute him as an Israeli spy under the Espionage Act, which would have likely meant a lengthy prison sentence. Papadoupolis’ connection to Israel? It seems that he had a long history of working on eastern Mediterranean energy issues and advocated that there should be closer diplomatic and economic bonds between Israel and the United States.

Then there’s this item: Last December, the aforementioned Gen. Flynn pled guilty to lying to the FBI. Schachtel points out that one of the charges against him involved his discussions with the Russian ambassador about the possibility of Russia voting against the anti-Israel UN Security Council resolution. (Gen. Flynn was President-elect Donald Trump’s National Security Adviser designee at the time; moreover, the investigators he supposedly misled apparently now claim they never believed he lied to them.)

Then there is Mueller’s intense focus, over a period of several months, on Jared Kushner’s ties to Israel following his effort to derail the UN resolution during the transition period after being tapped as a senior aide by the president-elect.

Schachtel also goes back in time to 2004 when the FBI, under Mueller’s leadership, alleged that a massive Israeli spy ring was operating out of the Pentagon and ran sting operations designed to “tempt Jews” into betraying their country. According to the Washington Post, “all turned down the offer.”

Schachtel notes that last month Mueller sent a team of investigators to Israel to pursue vague media reports that two Israeli social media and consulting firms may have colluded with the Trump campaign to secure Trump’s victory.

This seems laughable in light of the Clinton campaign’s dossier project that curiously has apparently not drawn Mueller’s attention. In any event, both firms have flatly denied even working with the Trump campaign in an official or unofficial capacity. And the Mueller team has not come up with anything indicating otherwise.

Special Counsel Robert Mueller is presented by his supporters and anti-Trumpers as a straight-as-an-arrow boy scout single-mindedly focused on a mission to protect his country. We rather think he has his own biases. And we hope, if and when push comes to shove, that his findings are not deemed akin to Holy Writ. 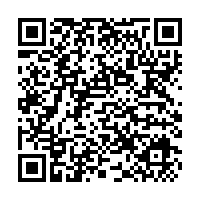