The Army Chaplain And Same Sex Couples: How’s That Again?

We recently came across the rather strange story of a decorated Baptist U.S. Army chaplain serving at Fort Bragg in North Carolina, who is facing punishment for telling a lesbian soldier that that he could not, as a matter of faith, conduct a marriage retreat, called “Strong Bonds Marriage Retreat” that included same-sex couples as participants.


But, despite the religious requirement being asserted by a chaplain, a military investigation determined that the chaplain should be disciplined for his refusal to include the soldier and her partner.

Just imagine. The army hires a religious functionary to provide spiritual guidance to its personnel yet says that his duties can require him to deviate from his religious beliefs.

But there’s more. When the chaplain realized he had a problem with conducting the retreat, he rescheduled the event so another chaplain could replace him. But this was not enough. The soldier pressed her criticism and the army brass went along with her.

Sounds to us that some folks were trying to make a point.

We are intrigued by reports from Israeli officials that President Trump is seriously considering having the parole restrictions on Jonathan Pollard’s traveling to Israel lifted prior to the opening of the U.S. Embassy in Jerusalem. In truth, if he does allow Pollard to go, it would be in keeping with other examples of his common sense cutting through nonsensical, patently arbitrary, and vindictive official decisions.

The president commuted Sholom Rubashkin’s outrageous 27-year sentence and pardoned Scooter Libby, the victim of someone who reminds us of a modern day Inspector Javert.

Pollard was cut no slack and served 30 years in federal prison – which is the general definition of a life sentence under federal rules. And to top it off, even after 30 years he was still determined to be a security risk and his freedom to travel was severely restricted. In particular, he has been barred from traveling to Israel where he wants to settle.

As we see it, it would be altogether fitting and proper for the travel restrictions to be removed in conjunction with the opening of the new U.S. embassy in Jerusalem.

Last Wednesday Germany’s equivalent of the Grammys, the Echo, said it would no longer present music awards as a response to fierce criticism of this year’s award being given to German rappers Kollegah and Farid Bange, widely popular in Germany. The duo are notorious for including anti-Semitic words and images in their lyrics and videos. And their winning entry also contained some vile anti-Semitic comments.

Apparently previous winners of the awards criticized bestowing the award on Kollegah and Bang, citing the recent spike in anti-Semitic acts in Germany. Perhaps they were also stirred by the irony that the awards ceremony took place on April 12, which coincides with Holocaust Remembrance Day.

But really, what were the members of the award jury thinking in the first place? 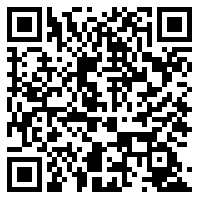