In this challenging time, Adams is the most competent of the candidates to lead the city during its post-pandemic recovery.


Adams’s 22 year service as a member of the NYPD – several in high ranking positions – has uniquely equipped him to deal with what most polls say is the first order of business in the minds of most New Yorkers: runaway crime.

Not only did he gain invaluable experience in the nuts and bolts of law enforcement from the inside, he also was one of the first to recognize the “bad apple” problem and the need for police reform while remaining a staunch, public supporter of the overwhelming number of good police officers and the police department as an institution. Indeed, he urges, that recognition of this fact and “respect for the badge” is not only warranted, but key to effective law enforcement.

Thus, while he calls for changes in the NYPD, he strongly opposes defunding the police. He would reorient training of police offices on how to deal with tense situations, but also calls for hiring and deploying more of them. He would bring back the anti-crime units that were dedicated to cracking down on guns and gangs but were dismantled in the face of leftist political attacks.

He will tell anyone who will listen that gun buybacks to get rid of guns doesn’t work. He says we need “smart” interventions and notes rather pointedly that 95 percent of the victims of gun violence are black and Hispanic.

Significantly, he says he would push for reform of the disastrous recently-enacted no-cash bail law which has, turnstile-like, put accused criminals back on the street to commit more new crimes. He strongly backs more discretion for judges to exercise common sense.

As a New York State Senator for six years Adams developed an abiding interest in broad scope public budgetary issues and what it takes to address them. And he took all of this to his job as Brooklyn’s Borough President in 2013 where for almost eight years he has run a huge governmental operation as its chief executive, receiving mostly high marks for his efforts.

As borough president, he also made important inroads in the affordable housing problem, although his powers were somewhat limited in that regard. At the very least, though, he was able to come to appreciate the issue, close-up, in all of its complexity.

As borough president, Adams certainly continued as a force for law enforcement reform and also became a key player in efforts at job creation and promoting fiscal responsibility. He has also used his bully pulpit as borough president to speak about racial injustices while insisting on employment selection based on merit.

While he supports public schools, he also supports charter schools as affording additional opportunities for poor minority children and providing a constant reminder to public schools of the need to improve. Significantly, he also advocates regular student evaluations.

Given his ongoing involvement in public affairs over the years and his regular, balanced commentary on a rather broad range issues, it has long seemed to us that Eric Adams has been New York City’s mayor-in-waiting. It’s about time he became NYC’s mayor in fact. 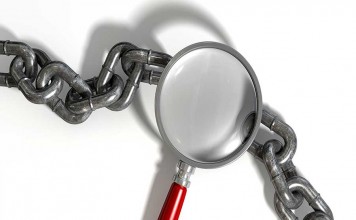 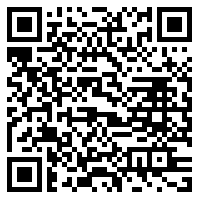