We were stunned by House of Representative Speaker Nancy Pelosi’s letter to Democratic members of Congress announcing that the House will introduce and vote on a war powers resolution limiting President Trump’s military actions regarding Iran. This is Trump Derangement Syndrome out of control.

According to Pelosi, the resolution “reasserts Congress’ long-established oversight responsibilities by mandating that if no further Congressional action is taken, the Administration’s military hostilities with regard to Iran cease within 30 days.” So if Iran retaliates for the killing of Qassem Soleimani, the President would be powerless to respond if the Democratic-controlled House and the Republican-controlled Senate can’t agree that one should take place. What a thought! Since the letter also recites that in killing Soleimani “the Trump Administration conducted a provocative and disproportionate military air strike targeting high-level Iranian military officials,” it would seem the die has already “been cast.”

It’s not that the resolution would ever be approved by the Senate. But the point is that Pelosi is delegitimizing a reasonable policy initiative by Trump when she should not be weakening his hand. The president had attacked the Obama nuclear arms deal with Iran, the Joint Comprehensive Plan of Action, in his presidential campaign and vowed to scrap it. He particularly railed against the deal’s setting a time when the restrictions on Iran’s nuclear activity would expire, its failure to require that Iran end its funding for terrorist activity around the globe, and its being silent on Iran’s development of intercontinental ballistic missiles. He said he had no faith that Iran would ever change its aggressive policies if it knew there would be an end to the restrictions of the deal up the road.

So when he became president, Trump withdrew the U.S. from the nuclear deal and re-imposed the economic sanctions on Iran that had been removed by the Obama administration as part of it. He reasoned that economic pressure on Iran would bring them to the table to negotiate a deal that would address his concerns. Agree or disagree with the policy, but it is certainly a reasonable alternative to the Obama deal’s self-evident deficiencies.

In fact, by all indications, the sanctions were causing the collapse of the Iran economy, just what was intended. So the still resistant Iranians began testing the waters by thrashing back incrementally. Initially, they attacked international shipping with mines. Then they shot down a U.S. drone. Later, Iranian missiles struck the Abqaiq oil facility in Saudi Arabia – said to be the most important piece of oil infrastructure in the world. Iran-backed militia groups then began launching rockets at U.S. bases in Iraq. The U.S. struck back killing 21 Iranians. Iranian backed militias then invaded the space of the U.S. Embassy in Baghdad, Iraq and threatened to seize it. Promptly dispatched U.S. military reinforcements quickly led to their quick departure.

However, the effort to seize the embassy seemed to cross a red line and set in motion an American attempt to eliminate the person behind the worldwide Iranian terrorist activities and also the recent anti-U.S. actions: General Qassem Soleimani. And the rest is history.

So now we all await Iran’s response to the death of Soleimani. Hopefully they will agree to negotiations resulting in their abandoning any nuclear aspirations. Yet with all of this background in mind, how can Pelosi justify the action she is about to take? She may disagree with Trump as a policy matter and argue against it, but how can she urge forcing his hand? And how can Senator Chuck Schumer support her efforts as he is publicly doing? Right now, America is in Iran’s cross-hairs. And so is Israel, to listen to some Iranian leaders. 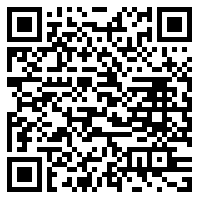