Governor Kathy Hochul has a legislative bill on her desk that would help avoid a repetition of last year’s court system debacle which almost resulted in the wholesale loss of the services of a number of New York State’s most experienced judges. The legislation would limit the discretion court administrators have to cashier judges who reach the age of 70.

As we remarked here several months ago, the New York court system’s administrative board had announced that in order to save approximately $55 million it had decided to do away with the services of 46 of New York’s most senior judges. The austerity plan was to be implemented by the unprecedented wholesale rejection of applications filed by judges over 70 years of age for waivers of the court system’s 70 years of age retirement rule. Waivers “may” be granted, according to the New York Constitution and law, based upon a positive evaluation of the judge’s mental competence and physical condition and whether the judge’s service is necessary for expediting the court’s business. In the past waiver applications were very rarely rejected.


Court officials maintained that they had untrammeled discretion to deny the waivers because “may” is not a direction to them, only a suggestion they were free to ignore. As it turned out, however, after the massive federal infusion of funds to New York State, the waivers were forthcoming and the judges were able to return. But the underlying issue is still with us.

Despite the word “may” being used, we rather thought all along that the intent of the constitutional and legal provisions was to provide a mechanism for retaining seasoned jurists despite an otherwise mandatory retirement age if they were deemed still capable of doing the job. The bill before the Governor Hochul would simply substitute “shall” for “may,” and codify the legislative intent. It should be promptly signed into law. 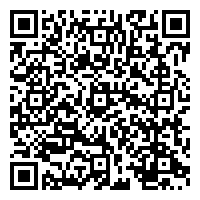