The Jewish Press joins Klal Yisrael in mourning the death last week of HaRav Yosef Sholom Elyashiv, widely recognized as the Torah world’s foremost authority on Jewish law for nearly three decades – a scholar who set the tone and direction for resolving its most complex issues and who in many ways defined an era.

Formerly a senior official in the Israeli religious court system, he eventually became recognized as the Ashkenazi posek hador. Even seasoned and accomplished authorities came to appreciate and rely on his vast scholarship, extraordinary intellect and analytic gifts. He was known for directing a penetrating gaze at visitors, resting his head on his hand, attentively listening to questions and delivering short and sharp answers.


Following the passing of HaRav Elazar Menachem Mann Shach in 2001, Rav Elyashiv began to assume a leadership role in the secular affairs of the haredi community in Israel. He served as the spiritual leader of the Degel HaTorah/United Torah Jewry Party which sought to further the interests of Israel’s haredi population through concessions from the government in return for its often key political support. 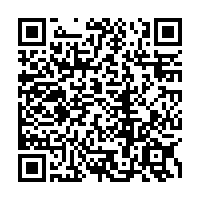