Mayor Bill De Blasio and Governor Andrew Cuomo have to be held accountable for the wanton way they have sacrificed the interests of New Yorkers in order to burnish their credentials in the progressive political world.

It had to have been evident from the get-go that the non-violent protesters of the death of George Floyd were providing cover for violent looters and revolutionaries bent on profit and destruction. That is, that it would be impossible for the police to separate out the two groups in order to deal with the looters and stanch the barbaric violence and destruction.


It also had to be evident from the start that thousands of protesters demonstrating in close proximity to one another made social distancing virtually impossible, yet social distancing has been relentlessly trumpeted as key to preventing the spread of the novel coronavirus.

But instead of ordering the end of the protests to be enforced by the police, both the mayor and the governor – while perfunctorily decrying the violence and deploring the lack of social distancing – loudly touted the absolute right of Americans to protest, suggesting that protesting is more important than spreading a deadly disease or protecting New Yorkers from mob violence.

Moreover, they took every opportunity to remind everyone of America’s racial history and what they said was the overarching need to speak out against it.

It was not until the fifth day of the protests/riots that a curfew was imposed. And even then the results were spotty during its duration, and it was business as usual after it lapsed. And certainly, they could not undo any spread of the coronavirus in the earlier days. Likewise, the new curfew, starting earlier in the evening, at 8 p.m., will also be of limited duration. And on and on it will undoubtedly go.

The De Blasio/Cuomo paeans to free speech notwithstanding, their notion that it required them to downplay the adverse effects of the protests/riots was misplaced. Our system has never considered free speech to be absolute. The aphorism “You can’t yell fire in a crowded movie theatre,” popularly rendered as the “clear and present danger” test, captures the American view.

So if our two leaders were sincerely concerned about violence and the importance of social distancing, they would have promptly ended the protests. That they didn’t betrays their desire to play to the anti-cop, anti-establishment progressives in their Democratic Party out of fear of being dislodged by those even to the left of themselves.

If there is any doubt on this score, consider their responses to the efforts of some Jews attending traditional funerals and marriage ceremonies. We will never forget the condescending way De Blasio threatened, in the name of “tough love,” to have the social-distancing police invade synagogues or the hectoring way Cuomo threatened us with all sorts of dire consequences if we let our religious practices get in the way of our getting with the social-distancing program.

We as a community have a lot to think about. After all, the constitutional protections for free speech and freedom of religion are both part of the same First Amendment. 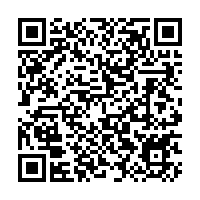