Understandably, the major current focus on the Israeli elections is on the continuing failure of either the Likud or Blue and White party to secure enough seats to put them in the catbird seat to form a government. Yet the Arab parties’ taking an unprecedented 15 seats in the Knesset in elections last week points to the lurking danger that those broadly supportive of the Palestinian cause may be in a position to thwart part or all of the Trump peace plan.

Although a minority of approximately 21% of the population, the notoriously deeply fragmented nature of Israeli parliamentary system makes for systemic political leveraging and is most significant when, as now, no clear major party even approaches a working coalition with traditional allies.

Moreover, the very fear of possible Arab leveraging drove part of the Netanyahu campaign and in turn seems to have energized greater Arab participation than ever before. According to one think tank, Arab turnout surged to an estimated 64.7% of eligible voters and this was key to depriving Prime Minister Netanyahu and his nationalist allies a parliamentary majority.

Interestingly, since the elections and unprecedented Arab gains, the Associated Press has been reporting that, as never before, Arab-Israelis are being drawn more and more to political participation with a particular interest in everyday necessities. But the overarching interest of Arab Israelis has heretofore been related to support for the Palestinian cause and there is no reported sign that this interest has in any way appreciably abated. In any case, prudence would dictate that any assessment to the contrary be dismissed out of hand for the foreseeable future. And we hope all possible coalitions be premised on this reservation.

For the here and now, it is to be hoped that the coalition that emerges from the current political fray will be an undiluted one, solidly in support of taking full advantage of the Trump Plan. As we have pointed out, that would seem to be a group headed by Netanyahu who has publicly construed the plan in the most far-reaching and ambitious terms of all of the possible leaders. To be sure, the Trump plan has historic implications – and it is moving forward apace. But given the vagaries of politics, it is crucial to seize the moment. 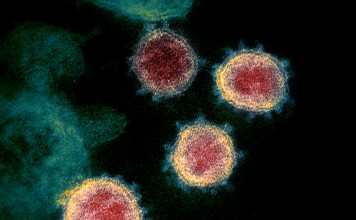