President Obama would have us believe that Prime Minister Netanyahu’s election-day statement that no Palestinian state would be established on his watch, and his exhorting supporters to get out and vote to counter what he characterized as a large Israeli-Arab turnout, necessitates a thorough review of U.S.-Israel relations.

After all, the president said, Israel’s prime minister had disavowed the notion of a two-state solution, indicating he probably wasn’t sincere in his support for it from the start. And Mr. Netanyahu, the White House seemed to imply, was poised to lead Israel away from its decades-old status as the only Middle East country in sync with American values.


This is all nonsense, of course. The real story here was what the week’s events revealed about the differing agendas of the two leaders in pursuing the interests of their respective countries.

The president sees himself on a broad global mission to change the way the world is organized and is relatively unconcerned about a particular concession or a specific provision of an agreement.

On the other hand, the prime minister is more narrowly focused on the defense of Israel against the frightening challenges it faces – and therefore every word counts.

Seizing on Mr. Netanyahu’s unfortunately careless language, Mr. Obama didn’t waste a moment in trying to reset U.S. Mideast policy in a direction more in line with his ideological leanings

Asked by a reporter about Palestinian statehood on the eve of an election all the polls showed him about to lose, Mr. Netanyahu replied,

I think anyone who is going to establish a Palestinian state today and evacuate lands is giving attack grounds to the radical Islam against the state of Israel. There is a real threat here that a left-wing government will join the international community and follow its orders.

And on election day itself he said in a video on social media that “Right-wing rule is in danger, Arab voters are streaming in huge quantities to the polling stations.”

From this The New York Times concluded in an editorial that “Netanyahu’s outright rejection of a Palestinian state and his racist rant against Israeli Arab voters on Tuesday showed that he has forfeited any claim to representing all Israelis.”

Almost immediately after the election, however, the prime minister explained that given the instability in Syria, Iraq, Lebanon, and Libya; the growing threat posed by ISIS; Israel’s experience with Gaza being used as a launching pad for Palestinian terror; and the spread of Iran’s reach as a supporter of terrorism and its looming emergence as a nuclear power, the notion of a genuine political agreement at this time was laughable – and, for Israel, probably suicidal.

And the prime minister’s comment about an Arab voting surge has to be seen in the context of reports that foreign interests were pumping money into NGOs as part of an effort to defeat Mr. Netanyahu. Indeed, the involvement of one of President Obama’s former senior political operatives in the anti-Netanyahu effort fueled speculation that the White House was involved. (An announced bipartisan Senate investigation hopefully will ferret out the truth.)

In any event, Mr. Netanyahu after the election sought to soften his statement on Palestinian statehood and apologized for what he conceded were remarks that “offended some Israeli citizens and offended members of the Israeli Arab community.”

But President Obama wasn’t about to cut the prime minister any “in the heat of the campaign” slack. Rather, while pledging that the U.S. would never abandon Israel, he nevertheless suggested that changes were coming in the relationship between the two countries.

And so in an interview with the Huffington Post, the president rather ominously intoned,

We take [Prime Minister Netanyahu] at his word when he said that [Palestinian statehood] wouldn’t happen during his prime ministership, and so that’s why we’ve got to evaluate what other options are available to make sure that we don’t see a chaotic situation in the region…. [I]t is going to be hard to find a path where people are seriously believing that negotiations are possible….

By “other options” it’s clear the president was alluding to a possible new path to Palestinian statehood through attempts at imposition of borders and recognition by the United Nations – with the U.S. withholding its usual veto – instead of through bilateral negotiations. (It will be recalled that it was not too long ago that the administration was adamant that negotiations were the only path.)

The president also harped on Mr. Netanyahu’s “voting in droves” comment as reason enough to question the continued vitality of one of the linchpins of U.S. support for Israel: shared values. In summarizing the conversation he had with Mr. Netanyahu during a pointedly belated congratulatory telephone call to him, Mr. Obama said,

We indicated that that kind of rhetoric was contrary to what is the best of Israel’s traditions. That although Israel was founded based on the historic Jewish homeland and the need to have a Jewish homeland, Israeli democracy has been premised on everybody in the country being treated equally and fairly…. And I think that not only does it give ammunition to folks who don’t believe in a Jewish state, but it also I think starts to erode the meaning of democracy in the country.

Weighty decisions of state are not ordinarily driven by reactions to political rhetoric or oratorical excess, something about which this president should be especially sensitive. Who was it who disingenuously lulled Americans into thinking they would be able to keep their old health plans and doctors under his health care plan? Who was it who unilaterally changed the operational dates of key provisions of Obamacare in order to avoid upsetting voters in the 2010 midterm elections? Who was it who declared that he did not have certain powers under the Constitution concerning immigration policies – until he said he did?

It was the same person who said in January 2014, “We’re not just going to be waiting for legislation in order to make sure that we’re providing Americans the kind of help they need. I’ve got a pen and I’ve got a phone.” The same person who said in 2008, “The biggest problems that we’re facing right now have to do with George Bush trying to bring more and more power into the executive branch and not through Congress at all. And that’s what I intend to reverse when I’m president of the United States.”

So enough already, Mr. President. We’re on to you. It’s obvious that Prime Minister Netanyahu gave you the opening you were waiting for. It’s hardly a coincidence, therefore, that your chief of staff, Denis McDonough, told a J Street audience this week that “We cannot simply pretend that [Mr. Netanyahu’s] comments were never made.” And he went on to say, “An occupation that has lasted for more than 50 years must end.”

As if that occupation has existed in a vacuum or that Israel has not made numerous and generous offers of land for peace.

The silence of congressional Democrats in the face of all this rankles. Senator Chuck Schumer, Senator Kirsten Gillibrand, Representative Jerrold Nadler, et al, where are you when we need you? 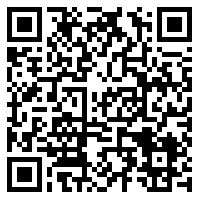