Mayor Eric Adams hit just the wrong note at last week’s Manhattan Chamber of Commerce Anti-Crime Summit, when discussing how state law “handcuffs” police and the criminal justice system: “Because of the way the rules were put through Albany… we have to work around that,” the mayor said.

To be sure, this makes sense – as far as it goes. He can hardly ignore the law. But what he should have done is to announce and commit his bully pulpit to a war against the progressive cabal that continues to keep the state and city legislatures in its thrall. Acquiescence was the wrong message for him to have sent. They cannot but now believe that there will be no consequences for their having gutted the criminal justice system.

And the time for Mayor Adams to declare himself is now.

Just last week the progressive-dominated NYS Senate Judiciary Committee voted against moving Governor Kathy Hochul’s nomination of centrist appellate Judge Hector LaSalle for NY Chief Judge to the full Senate floor because of his supposed anti-progressive views on such issues as abortion, labor and criminal justice – and, Heaven forfend, he was a former prosecutor. The consensus of opinion amongst virtually all observers is that this “victory” foreshadows an aggressive effort to push progressive policies in Albany.

And then there is the matter of the upcoming June 27 primary elections for New York City Council. All 51 seats are up for grabs in the general election scheduled for November 7. The progressive grip on the Council is already manifest but now threatens to become even more muscular.

As reported by the New York Post, the hard-left Working Families Party is urging City Council candidates to oppose Mayor Adams’ agenda by offering to endorse those candidates backing such causes as defunding police, bail reform, embrace of migrants, increasing the number of licensed injection sites for addicts and the end of charter schools.

In a lengthy endorsement questionnaire, the WFP said “We’re committed to pushing back against Mayor Adams’ agenda of austerity politics, broken windows policing, and mass incarceration policies. It asks candidates such questions as,

Going forward, will you work with advocates – including Working Families Party members and affiliates – as well as your colleagues to form a bloc and build a strategy towards a 2023 budget that decreases funding for the NYPD and instead increases funding for social services and programs? Please explain how.

They are also asked if they support access to housing vouchers for all New York residents, “regardless of immigration and work status – which would make homeless migrants and illegal residents eligible for the benefit. Candidates are also asked whether they will support the right of non-citizen New Yorkers to vote in local elections.”

Plainly the WFP plan strikes at the heart of a New York City mayor’s ability to run the city and in the past, it has provided foot soldiers and financial support to its endorsees.

So, the one-two punch of progressives in Albany and New York City is formidable and if left to their own devices, could together derail any mayor despite his or her best intentions and ideas.

It would seem then to behoove the mayor to go public on a regular and sustained basis, letting New Yorkers know in no uncertain terms what and who stands in the way of his fulfilling his campaign promises. To be sure there will be those who will counsel him that such open confrontations will alienate those decision-makers he needs to succeed.

But the Mayor is getting nowhere fast under the current relationship. And things are likely about to get worse. It’s time for a change.

A “bully pulpit” is generally defined as “a public office or position of authority that provides the holder with an opportunity to speak out and be listened to on any matter.” Mayor Adams has an extraordinary one. He should use it. 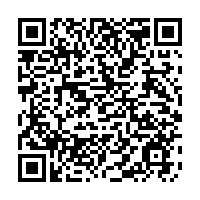