The meeting in the White House last week with Israeli and Arab Gulf state leaders to address  what is said to be a looming humanitarian crisis in Gaza – which went forward despite an imperiously-announced Palestinian Authority boycott – was a very big deal.

Gaza is now generally accepted as a Palestinian enclave and expected to be a vital part, together with some areas currently nominally controlled by the  Palestinian Authority, of any Palestinian state should one ever be agreed upon. For Arab states – including not only the major ones, Egypt, Saudi Arabia, and Jordan but also Qatar, Bahrain Oman, and the United Arab Emirates – to agree to sit down to discuss its future with Israel in the absence of the Palestinian Authority is a highly significant development.  And there were several European nations present as well.


To be sure, the format of the talks reportedly didn’t allow for direct discussions between Israel and the Arab states. But indirect exchanges of ideas did take place – without the participation of the Palestinian Authority. The messages seem clear. For one thing, the U.S., the major Arab states, and some European ones are fast moving away from the notion that the PA is part of the solution to the Israeli-Palestinian controversy.

For another, it seems that the controversy itself is not the paramount issue it once was. Indeed, the meeting came after months of reports of many countries, including Arab ones, salivating to take advantage of Israel’s burgeoning and pioneering technological advances as well its military strength in light of the Iranian threat to the region.

And above all, we finally have an American administration willing to tell the Palestinians and the world that Palestinian recalcitrance to negotiating seriously and realistically will no longer be rewarded by U.S. pressure on Israel to make more and more concessions. In this particular instance, Mahmoud Abbas told the United States that because of its decision to recognize Jerusalem as the capital of Israel and to move its embassy in Israel there, it would not come to the meeting. The U.S. response was pointed: “So don’t come. But know that we are not waiting for you.”

Hopefully the rumors that the Trump administration has not dismissed out of hand the idea to delay the embassy move in order to mollify Abbas are just that, rumors. We have come too far to just go back to business as usual. Indeed, Abbas’s utter silence in the face of the murders of three Israelis this past week at the hands of Palestinians should be an object lesson for everyone. 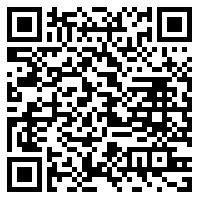