The U.S. Senate confirmation hearings on the nomination of Judge Amy Coney Barrett to a seat on the U.S. Supreme Court are scheduled to begin on October 12. So there will soon be a lot to talk about as the Democrats solicit her positions on certain policy issues facing the country and proceed to try to demonstrate that they should be disqualifying. And therein lies an important tale.

Not so long ago, confirmation hearings centered primarily on such matters as a nominee’s legal acumen, academic achievement, knowledge of constitutional law, scholarship, judicial demeanor, scholarship level of scholarship, and intellectual depth. In a word, the focus was largely the nominee’s objective legal skills. That was because substantive policy choices were thought best left to the elected political branches of the government – that is, the executive branch and Congress.


As the old civics curricula used to have it, the legislature writes the laws, the courts interpret the laws, and the executive enforces the laws. However, the Barrett hearings, like those of more recent candidates, will perforce center on her subjective views on substantive policy questions facing the country.

This is a function of the development of differing fundamental views of how government should work. These days conservatives want courts to merely determine what provisions of the Constitution and statutes require – that is, deduce the plain meaning of legislative policy choices, with the president enforcing them. The left urges more of a creative role for courts, especially the U.S. Supreme Court, in making policy choices. And the differing views are intense.

So expect Democrats on the Senate Judiciary Committee to ask what Judge Barrett thinks about abortion, voting rights, healthcare, climate policy, and much more. In a sense, it will be an argument over the merit of their policy choices over those of the Republicans.

And, in a sense, it will be a tribute to Judge Barrett that few will be concerned about her talents. In fact, on paper she has perhaps the most impressive resume we’ve seen in many years.

It is to be devoutly hoped, however, that nothing like the personal attacks that were such a part of the Kavanaugh confirmation hearings of two year ago will surface. 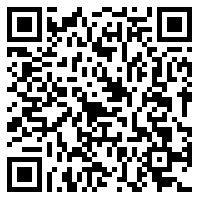