We are still unable to fully understand what possessed Mayor Eric Adams to call on the Staten Island district attorney and his own police commissioner to probe and possibly prosecute Rudy Giuliani over the widely-reported incident in which a supermarket worker allegedly assaulted him.

The Mayor said an investigation is necessary to determine whether or not Mr. Giuliani filed a false police report grossly exaggerating what the worker had done. Giuliani, who denied filing a police report at all, told reporters that something much more than the simple slap on the back others were suggesting was involved.


To be sure, filing a false police report is a crime. The alleged assailant was initially charged with second degree assault, which was subsequently downgraded to third degree harassment, a misdemeanor. But is this really the sort of thing that should draw the interest of the mayor of a major metropolis like New York City? Isn’t real crime in the city still out of control? Do the crises in education, the economy, and social services no longer require his attention?

We still believe we were correct in supporting Mayor Adams in the last election as the best hope for turning this city around. At the same time, we get the feeling that he is considering buying into the Trump Derangement Syndrome that has elected public officials both in Albany and Washington seeking to exploit every possibility to discredit anything and everyone associated with Donald Trump.

Indeed, New York State now has an Attorney General who proudly claims to have run for the office only in order to pursue Donald Trump and regularly puts out press releases reporting this or that development, however minor or interlocutory.

Things are not going as smoothly as the mayor promised or as we hoped, but we still believe that Eric Adams is the best person to set things straight in our city. It would be a shame if he squandered all the good will in petty political frolics. 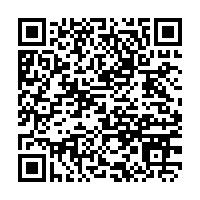