We are hearing promising reports that the Biden administration is deeply involved in trying to broker an agreement between Israel and Saudi Arabia for commercial planes from Israel to have expanded access to Saudi airspace. We hope this effort is a better barometer of what the United States is up to in the Middle East than the ill-advised decision to upgrade its diplomatic contacts with the Palestinians.


The symbolic change was obviously significant, and Palestinian Authority President Mahmoud Abbas began badgering President Joe Biden to reopen the consulate as a separate entity in Jerusalem devoted to Palestinian needs practically from Day One  of his presidency. Although Mr. Biden made a commitment to do so, nothing came of it.

Last week, however, the PAU was renamed the U.S. Office of Palestinian Affairs (OPA). While remaining a unit of the Embassy, it no longer reports to the ambassador but directly to the U.S. State Department in Washington, D.C. Again, the symbolism is significant, and it plainly reflects a desire for better relations with the Palestinians after both the consulate issue and Mr. Biden’s refusal to return the U.S. Embassy itself to Tel Aviv.

Going to bat for Israel with the Saudis is certainly an indication that the President favors a broadening of the Abraham Accords and is not buying into the notion that progress in the Middle East cannot be made without first resolving the Israel/Palestinian conflict. After all, it is in the best interest of America’s national security to have a strong Israel cooperating with its Arab neighbors and provide a counterweight to a dangerously predatory Iran. Still, from what the Biden team has recently been saying explicitly, and by its consulate rope-a-dope, it is also clear that they are still wedded to a two state solution.

The point the administration is making with the Saudi airspace effort is that the Palestinians do not have a veto over progress in the Middle East, and that is an important message to send to the Palestinians.

Unfortunately, if history is a guide, Mr. Abbas will see the advent of the OPA as a reward for his recalcitrance and something to pocket.

not sure if this should be capitalized – your call. 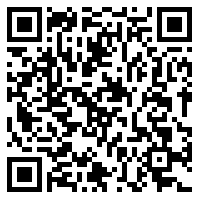