Central to President Obama’s efforts to gain legitimacy for the nuclear deal he wants to strike with Iran has been the depiction of Israel as the deal’s main opponent.

It was a base fabrication from the very beginning, of course, and it’s been steadily unraveling. The fact is, few Mideast nations now believe the administration’s assurances concerning its dealmaking with Iran. And there are signs of serious consequences.


Obviously, the strong relationship between the U.S. and Israel has been sorely tested. But there have been reports of a growing strain in relations between the U.S. and another important Middle East ally, Saudi Arabia. And though both countries are trying to put forward the best public face in reaction to those reports, the fact is that King Salman of Saudi Arabia will not attend a Camp David summit later this week called by the U.S. to discuss the Iran deal with its Arab allies.

It’s not just the Saudi king who’s staying away; most Gulf heads of state are skipping the event as well. Just imagine – the president of the United States calls a meeting to consider a crucial regional issue, and almost no one comes.

To be sure the problems are variegated and include differences with respect to Iran, the rise of the Islamic State in the region, the disruptions of the Arab Spring, and an American oil boom that has lessened the U.S. need for Saudi oil. But the summit was intended to provide a forum for bridging these very differences.

Further, at best the U.S. plan is for a ten-year curb on Iran’s nuclear program. As a result, several of Iran’s neighbors, including Saudi Arabia, Turkey and, Egypt, are reportedly seriously considering trying to match Iran’s drive for nuclear weapons capacity.

President Obama must realize by this point that his policies have alienated America’s friends in the Middle East while bringing the region that much closer to an all-out nuclear arms race. There is still time for the president to reassess those policies and announce another “reset” plan. Don’t count on it. 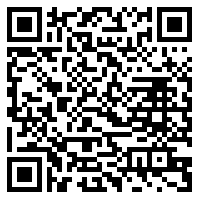