While we are not unmindful that Israel is currently in the run-up to a national election to choose a prime minister, we were still taken with the recent commitment of the current prime minister and candidate for re-election, Benjamin Netanyahu, who promised that he will not agree to any peace agreement that will call for the evacuations of Jews from any part of the West Bank – or Judea and Samaria as he put it. Netanyahu made the promise at a celebration marking the 40th anniversary of the Samaria Regional Council.

In ringing tones, he promised, “We are not uprooting people. We are done with all that foolishness… [We will] not repeat the mistakes of the past…. Judea and Samaria is our homeland. This is our land; we will continue to develop it and to build [t]here. “

He also spoke about the significance of the West Bank to Israel’s security and pledged that the IDF would continue to operate in all of the West bank, including the Jordan Valley.

It is about time that the dream of a Greater Israel is aired in public by an Israeli Prime Minister. It not only makes military sense, it also makes political sense by sending the message that Palestinian recalcitrance will not be rewarded.

It also sends the message that Israel will not willingly give up what it achieved at the cost of much blood and treasure in the course of defending itself from murderous Arab attempts to destroy it. No other nation would be expected to do it in similar circumstances.

Indeed, the Netanyahu statement is consistent with the way most nation-building has proceeded throughout history. It also tracks the divine gift bestowed on the Jews and provides an appropriate rejoinder to the Palestinian nonsense about how Jews had scant connection to Judea and Samaria.

To be sure, this sort of thing won’t happen in a vacuum. But Israel now has its best friend ever in the White House, and the sky didn’t fall after the American Embassy in Israel was moved to Jerusalem, Jerusalem was recognized by the U.S. as the capital of Israel, and Israel extended its sovereignty over the Golan.

There are no guarantees, but the Netanyhu promise is a beginning and seems to make a lot of sense. 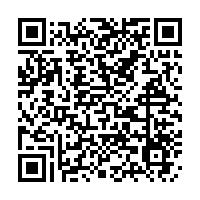