One doesn’t have to be a fan of the National Rifle Association to have serious concerns about the lawsuit New York Attorney General Letitia James filed last week against the group, seeking the ouster of its top leadership for alleged financial fraud and its dissolution as an organization, which, it claims, is “fraught with fraud and abuse.” All Americans should be wary about James’s transparent misuse of her office to pursue a partisan political agenda.

To be sure, the allegations against the NRA leadership are serious. But James’s past anti-NRA comments, her rants against President Trump, and her attempt, within three months of a presidential election, to discredit the nation’s most potent conservative-oriented political action group – and not just target individual alleged wrongdoers – tell us that it’s politics, not law enforcement, that is principally driving James’s NRA lawsuit.


In her 2017 campaign for attorney general, James minced few words about her view of the office. She repeatedly referred to Trump as an “illegitimate president” who should be removed from office and vowed to use every legal avenue available to her as attorney general to bring that about.

She even admitted that her decision to run for attorney general was largely “about that man in the White House who can’t go a day without threatening our fundamental rights.”

James has also vowed to prosecute, under New York state law, individuals convicted of crimes under federal law but pardoned by President Trump. And after it emerged that New York state law may not permit such “double jeopardy” prosecutions, she called for the law to be changed.

She also sued over several of the Trump administration’s immigration initiatives and a number of ICE enforcement programs. President Trump’s plans to build a wall between the U.S. and Mexico was also one of her targets.

But not only has James seen her job as an advocate for the Democratic party line, correlatively, she also sees a role for herself in undermining right-wing political clout. Thus, for years she set her sights on dismantling the NRA, which spends hundreds of millions of dollar on political lobbying and advocacy during the various electoral and legislative cycles. In 2017, she repeatedly referred to the NRA as a “terrorist organization” that had to be taken down.

There is little reason to believe the NRA’s ability to deliver its message to the American people has suffered because of any of the alleged wrongdoing of a few. And that, of course, is why James is trying to dismantle the entire organization rather than go after the individuals in it who may have committed wrongdoing. She wants to eliminate a political advocacy group with which she disagrees. Attorney General James is fooling no one with this lawsuit. 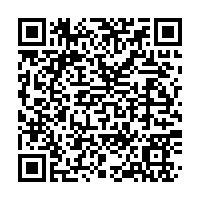