Two weeks ago in this space we expressed our disappointment with then Attorney General nominee and former federal appellate judge Merrick Garland’s testimony at his Senate confirmation hearings. He said that his top priority would be the investigation of the “white supremacists and others who stormed the Capitol” last January.

Despite Garland’s accompanying criticism of what he has termed the politicization of the Trump Justice Department under William P. Barr, we submitted that a primary focus on right-wing extremism – important as the issue is – instead of, say, such pressing issues as cyber-security, national security breaches, industrial espionage and social media monopolies, bespoke his own decision to join the plainly political anti-Trump cabal.

Indeed, no one in the world has been more identified with the storming of the Capitol by Democrats and the media – wrongly we believe – than Trump. And, in his inaugural address as attorney general to DOJ personnel last Thursday, he only added to our dismay by claiming he was intent on returning the DOJ to its pre-Trump modus operandi.

We have long felt that Democratic attacks on former Barr – that he acted as Trump’s personal lawyer rather than “the peoples’ lawyer” – was simple politicking. After all, there was no criticism of Obama Attorney General Eric Holder from that crowd after his infamous “wingman” comment when he was asked in a 2013 interview whether he might leave the Obama administration: “I’m still enjoying what I’m doing, there’s still work to be done. I’m still the President’s wingman, so I’m here with my boy.”

But there is also a far more profound political dimension to all of this than just the typical political infighting. Garland has insinuated that Barr’s support for Trump policies, in and of itself, crossed the line of political independence. But has the new attorney general not lived in America these past four years? Is he oblivious to the great changes Trump tried to introduce and the tremendous pushback from the left, often in the form of lawsuits brought before Obama-appointed judges?

Remember the Trump challenges to Obamacare? Whatever your view of Obamacare, was it not fundamentally an initiative that Trump strongly opposed as a matter of policy? And wasn’t Barr simply trying to advance the policy of the executive as he should?

What about those controversial Trump guidelines for prosecutors on sentencing and the procedural rights of students accused of sexual harassment on campus? What about the many battles over immigration policy? What about efforts against affirmative action, which many believe constitutes reverse discrimination? What about environmental matters, LGBT clashes with religious institutions, and federal aid to non-public education?

Who but the attorney general of the United States is charged with defending the ability of a president to have his policies implemented?

So yes, Barr tried to advance Trump policies, but he actually did precious little to help Trump personally. In fact, he arguably harmed him personally on several occasions – never completing his investigation of the Obama administration’s efforts to spy on the Trump campaign and derail the Trump presidency before it even began and not aggressively investigating the many claims of election fraud after November 3, 2020. 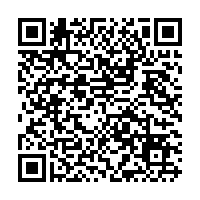