Last week, the Jewish Press online ran a petition calling on the German government to do something about a disastrous ruling by a power hungry court in Cologne, which used an appeal of a lower court decision on a botched Muslim circumcision to, essentially, make ritual circumcision verboten in Germany (I use the term “verboten” advisedly…).

The petition was wildly successful, gathering better than 12,000 signatures, all of them real, verified, honest-to-goodness expressions of Jewish outrage at this move – in one a week. In Jewish Internet terms this is the equivalent of a mini Woodstock.

Our boss, Stephen Leavitt, sent a personal thank you note to each and every person who signed the petition, adding at the end:

In Pirkei Avot (The Ethics of our Fathers) Hillel taught us, “In a place where there are no men, strive to be a man.”

This stark call for moral behavior even in a place of great turpitude, elicited the following response from a reader in Toronto, a fine lady, I’m sure, whose identity we choose to protect mainly on account of the turpitude thing:

“That sticks in my throat; I am a woman. In future I will look for women’s petitions only.

“You have offended me and more than half the Jews on earth.

Our dear Stephen read these three lines several times, while desperately trying to pick up his jaw, which had dropped to the floor. He then spent a few more minutes contemplating the best response, obviously in keeping with the turpitude thing. He finally wrote:

“The quote was said by Hillel.

“It is a very famous quote.

“I’m sure he’s quite sorry he offended you.”

Mind you, this is a woman who supported the Jewish rite of circumcision, so her heart was in the right place. And yet, when it came to first century grammar, using the male to represent both sexes, somehow, the walls of reason came tumbling down on her.

We, too, wish to apologize on behalf of Hillel, and propose that his harsh critic from Toronto read the statement as it would have been written had the head of Sanhedrin not been such a chauvinist pig:

In a place where there are no women, strive to be a woman.

Yes, I know, it works much better… 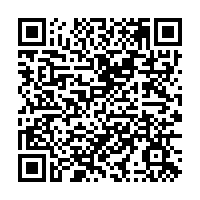