The Pentagon has granted the appeal of Dr. Gershon Pincus, a Jewish dentist who was denied a security clearance by the Navy simply because he had ties, though minimal, to Israel. Without the security clearance, Dr. Pincus could not work as a part-time dentist at an off-base Naval clinic in Saratoga, New York, as he had planned. The facts underlying this episode are unsettling, to say the least.

Based upon some information Dr. Pincus provided to the Navy, he was denied clearance, with the Navy concluding:

Foreign contacts and interests may be a security concern due to divided loyalties   or foreign financial interests, may be manipulated or induced to help a foreign person, group organization or government in a way that is not in U.S. interests, or is vulnerable to pressure or coercion by ay foreign interests.

And what were those ominous “foreign contacts and interests” that set off the alarm bells? The Navy’s Official Statement of Reasons referred to answers Dr. Pincus had given to some questions he had to answer on his employment application:

[You disclosed that] your mother, brother and sister moved from the United States to Israel because they believe it is more safe to raise their children in Israel. You stated your sister holds dual citizenship with the U.S. and Israel…. You further stated, although deceased, your son was a dual citizen of the U.S. and Israel and also served in the Israeli Army for six months. You traveled to Israel from December 2007 to January 2008 to attend your father’s funeral. You also traveled to Israel in December 2008 to attend your niece’s wedding, and last traveled [to] Israel in April 2014 to visit your mother. In addition, you stated you send $1200- $1400 to your mother’s landlord in Israel from her U.S. bank account….

For his appeal, Dr. Pincus turned to Avi Schick, a partner at the Dentons international law firm, who took on the case pro bono, which led to the Pentagon reversal.

We are pleased that the military has reversed its shameful decision to deny Dr. Pincus a security clearance. Dr. Pincus’ desire to serve represents the best American values, and denying his clearance represented the worst. It is a good day when our ideals triumph over our fears. But as we celebrate for Dr. Pincus today, we can’t lose sight of the fact that over the past decade well over 100 clearances were denied because of family ties to Israel.

Discrimination based on tenuous ties to Israel cuts across Presidential administrations and political parties. The bipartisan nature of the bigotry makes it vital that we continue to speak out and insist that American Jews are entitled to be        judged based on their conduct and their character. The Pentagon policy must be revisited, revised and reversed.

The dual loyalty canard has bedeviled Jews since the creation of the state of Israel. Hopefully, the notoriety surrounding the Pincus case will start a conversation on this toxic issue. 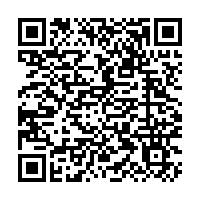