The on-again, off-again controversy between Israel and Poland over the latter’s part in the Holocaust heated up recently with Poland’s development of new property rules that Israel and Jewish organizations say would adversely affect 90 percent of Jewish property claims against Poland for compensation for property seized by the Nazis and later nationalized by subsequent Communist governments.

Under the new protocols, outstanding claims for the restitution or compensation for property seized during the Holocaust that have not reached a final decision in the last 30 years will be halted or dismissed. In addition, new appeals of decisions made over 30 years ago will also be forbidden. Anyone dong the math will immediately see the impact on Holocaust era claims.


The Polish government says with a straight face that the new rules are not directed at Jewish claimants but rather at all claimants seeking restitution for Nazi seizures, Jews and non-Jews alike, and that they represent a policy decision to adopt measures that will limit the possibilities for fraud and other irregularities. The Poles maintain that these irregularities have emerged in the restitution process, given the unusually large window of time for bringing them. The Poles also argue that they should not be held responsible for the seizures made by the occupying Nazis.

We don’t claim to be experts in the dynamics of Polish law. But it seems ludicrous to us that the Poles are seriously concerned with preventing fraud at the expense of the rights of the very victims of an unparalleled wholesale theft of their property by an occupying foreign power. And surely the Poles should not be arguing that their expropriation of Nazi-seized property, which they retain to this day, should cut off claims arising from the original seizures by the Nazis.

Without minimizing the economics, we think this also has a lot to do with Poland’s desire to finally end Poland’s identification with some of the worst Holocaust atrocities against the Jews. As most of us know, evidence abounds of widespread collaboration by Polish citizens with the Nazis, sometimes even surpassing them in cruelty .

In a word the Poles are tired of feeling the heat. 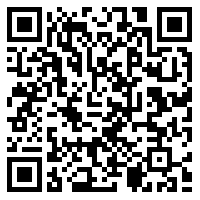