Three recent news items exemplify the depth to which our entanglement in political correctness clouds the way we see things: 1) the raid that resulted in the death of Islamic State leader Abu Bakr al-Baghdadi; 2) the candidacy of former Vice President Joe Biden and the passing of former Michigan Congressman John Conyers; and 3) a Texas dispute over transgenderism.

The reaction to the death of Abu Bakr al-Baghdadi was extraordinary. When Osama bin Laden was killed in 2011 by an American Navy SEAL military operation, Americans of all political persuasions were jubilant. As one press account put it, it was “a nationwide celebration.” Then-President Barack Obama was universally hailed for authorizing the elimination of the leading terrorist of the time.

Donald Trump was treated to a very different reaction when news broke that Baghdadi had been killed in a mission he had approved. First, we must mention the bizarre headline the Washington Post carried that called Baghdadi – whose forces publicly beheaded and burned alive hundreds of prisoners – “an austere religious scholar at [the] helm of Islamic State.”

Yes, in his early years, Baghdadi was an authority on Islamic history and law, but the headline defined him in those terms and appeared to invest his savage agenda with a kind of commitment to some otherworldly calling. It was as if the Post were embracing an argument that Baghdadi and his murderous ilk were somehow humbly doing G-d’s work by cleansing the world of non-believers and sin.

A New York Times story said the killing of Baghdadi “occurred largely in spite of, and not because of, Mr. Trump’s actions” and that by ordering a withdrawal of troops from one section of Syria, Trump actually complicated plans for the Baghdadi operation.

A Newsweek story even suggested that at the time of his death, Baghdadi may not have been in charge of the Islamic State since a designated successor was chosen a while ago and might have already been in place.

Several Democratic 2020 hopefuls like Kamala Harris were concerned by the flamboyance with which President Trump announced Baghdadi’s death and urged that we not ignore the fact that, after all, a human being was killed. (No kidding!)

In a similar vein, CNN interviewed a former CIA analyst, Philip Mudd, who said that it was just wrong for the president to celebrate a death, no matter the individual. (Hitler, too?)

And so it went. Interestingly, as we went to press, the president reported that Baghdadi’s aforementioned designated successor had also been killed in yet another U.S. raid. We’ll soon see if the politically-correct Trump Derangement Syndrome will be as unaffected by this latter elimination as was the case with Baghdadi’s.

In this Me Too age, in most polite circles it is almost unheard of that anyone would get a pass on even unconfirmed allegations of sexual harassment that become public knowledge. Indeed, these days it is commonplace for many prominent figures to see their reputations and careers crash at the merest hint of improprieties of this sort – regardless of what they otherwise achieved in their lives. We say “almost unheard of” advisedly. There seems to be different rules for some favored folks in the name of political correctness.

Some months ago there was much ado about Democratic presidential aspirant Joe Biden having a history of being a little too familiar with women in the way he greeted them. The media and political elites shrugged: You know, it’s just old Joe being Joe. He didn’t mean anything untoward. After all, he has had a distinguished public career at the highest levels. The issue disappeared without a trace, and Old Joe is the current Democratic front-runner.

Fast forward to the death last week of former longtime Michigan Congressman John Conyers, a leading member of the Congressional Black Caucus. Conyers, 90 years old at the time of his death, was forced by the Democratic leader of the House to leave Congress when some credible accusations of his having sexually harassed female members of his staff surfaced.

However, virtually all media accounts of his life dwelt almost exclusively on his concededly significant role in the civil rights movement with only a one- or two-line passing reference to the harassment allegations. The fact that he was a genuine American hero seemed to make the nasty stuff irrelevant.

It would appear that the people who want to remove all vestiges of revered figures of American history who have been accused of sexual misconduct don’t feel the same way about those who are in sync with their own politics.

Finally, we draw attention to one of the more extreme recent examples of political correctness we can imagine. LGBT issues are all the rage today. Increasingly, people are arguing that it is improper for anyone, including parents, to attempt to coax a homosexual into becoming a heterosexual on the ground that neither is morally superior to the other. The same equivalency, of course, is demanded for same-sex marriages and trangenderism.

This week, a story emerged out of a Texas custody fight that is truly alarming. In short, a young boy has a mother who wants him to become a girl and a father who wants him to remain a boy. A jury trial resulted in custody being awarded to the mother, which makes her the predominant decision-maker for the youngster. The judge in the case, however, set aside the verdict and ruled that the mother and father have equal custody of the child.

Six year-old James is caught in a gender identity nightmare. Under his mom’s care in Dallas, Texas, James obediently lives as a trans girl named “Luna.” But given the choice when he’s with dad, he’s all boy – his sex from conception.

In their divorce proceedings, the mother has charged the father with child abuse for not affirming James as a transgender, has sought restraining orders against him, and is seeking to terminate his parental rights. She is also seeking to require him to pay for the child’s visits to a transgender-affirming therapist and transgender medical alterations, which may include hormonal sterilization starting at age eight.

Where to begin? It is one thing to argue that gender or sexual orientation should be accommodated under the law. But surely it is quite another to say that genders are fungible and freely interchangeable. And surely we are going off the deep rails when we impose these radical theories on defenseless children.

All these news stories point to the need to honestly think through our assumptions. 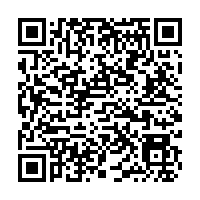