We are fascinated by the fact that the same crowd that persists in demanding that President Trump release his financial records is seemingly indifferent about Joe Biden’s cognitive health.

This, despite the former being in the nature of a fishing expedition and the latter a matter of pursuing recurring evidence out there for all to see. But putting aside the crucial question of the mental acuity of a serious candidate for president of the United States, there are also some other issues that are critical to an informed electorate concerning the former vice president. After all, he, unlike Trump, is not running on an almost four-year public record in executive office.


It’s unfortunate that Biden avoids as much as possible the rough and tumble of the typical American presidential campaign. What we know about today’s Joe Biden essentially comes from scripted and staged generalities uttered from his basement. He can ascribe his isolation to the pandemic as much as he likes, but the bottom line is that reporters – shall we say, an inquisitor like Chris Wallace, for example – have not had at him.

So we would like to know about his stance on some issues that concern us and how he would defend his positions in the face of searching questioning.

The Biden camp turned heads last week when it included the notorious Linda Sarsour in the Democratic convention proceedings. They then backed off and sharply disassociated themselves from her. This followed by an apology and contrite admission of error.

But we want to know how welcoming Biden is to anti-Israel advocacy within the Democratic Party. Is his attitude akin to his former boss President Obama’s acceptance of Islam as the wave of the future?

Trump has been clear that he doesn’t support reverse discrimination packaged as “affirmative action” and as championed by Obama and Democrats generally. Does Biden favor equal opportunity for all or special preferences for some?

Trump has acted against intimidation of Jewish students by leftist activists in universities. Will Biden turn a blind eye as Obama did?

Where does Biden stand on accusations of sexual abuse on campus? Trump believes the accused has the same fundamental rights accorded to defendants in general society. Does Biden agree with Trump? Or does he agree with Obama who directed that a mere accusation be seen as creating a presumption of guilt.

Does Biden believe, with Obama, that Israel’s history in the Middle East and its successes in several Arab wars of annihilation cannot be factors in its negotiations with the Palestinians? Or does he agree with Trump that the Obama formula only encouraged Palestinian recalcitrance?

These are just a few of the questions we would like to hear Biden address. We are sure others will occur to us as the camping progresses. 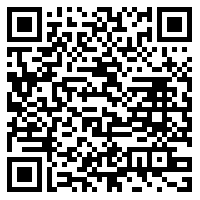