Imposing restrictions on the power of Israel’s High Court of Justice to annul laws passed by the Knesset on the grounds that they violate Israel’s Basic Laws has been a topic of contention for more than 25 years without much movement. In current coalition negotiations, however, the subject is getting new attention now that four parties strongly in favor of such constraints are expected to become part of the ruling coalition.

In a 1995 decision, the High Court held that “Israel’s Basic Law: Human Dignity and Liberty,” which was passed in 1992, had constitutional standing; therefore the High Court could judicially review whether official actions were consistent with its provisions. Since that time, the High Court has struck down 22 laws – some in their entirety, while for others particular clauses or administrative rulings – on this basis. These rulings dealt with issues of human rights, Knesset procedures, freedom of assembly and protest, detention of asylum seekers and migrants, property rights of Palestinians in the West Bank, and mandatory military service for yeshiva students and charedi girls.


Significantly, the court invalidated major policy initiatives of the largely right-wing and religious Netanyahu-led governments from 2001 to 2021, triggering calls to rein in a court seen as encroaching on the powers of the legislature and the will of the electorate. According to The Times of Israel, this has led Netanyahu’s likely coalition partners to insist on curbing the High Court’s power of judicial review.

There have been a number of proposals for how to accomplish this. Some propose the adoption of a so-called “High Court override law,” which would allow the Knesset to reenact a law invalidated by the court for being inconsistent with the Basic Laws by majority vote. Others propose that the High Court should only be able to strike down legislation by a unanimous vote of all 15 judges on the court.

As expected, the movement to restrict the High Court is not going over too well in liberal Israeli circles. Typical is the claim that the proposed changes would destroy the only checks on legislative and executive actions and would put the rights of minorities (read Palestinians) at risk; and don’t forget the separation between religion and the state. Indeed, their argument is reminiscent of the Democratic Party’s effort here in the United States to enlarge the number of U.S. Supreme Court Justices in order to dilute the power of its current conservative-leaning majority in interpreting the Constitution.

But there are important differences. The Basic Law is not a constitution. It is a legislative enactment – passed by a simple majority – which can be neutralized by another piece of legislation. It is not as if it were a transcendent standard against which laws would be definitively measured. And there have been decades-long failed attempts to adopt a constitution in Israel.

Moreover, the Basic Law acknowledges that Israel is both a Democratic and Jewish state. As such, it seems that what the right-wing and the religious parties want is the legitimate expression of the Israeli people. And we should welcome what proceeds from that. 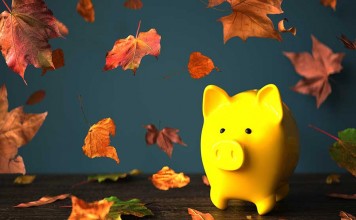