Efforts are underway to persuade a future Biden administration to overturn some critical Trump executive orders. Thanks to reporting by Fox News, in two instances we have become aware of, the efforts seem particularly counterintuitive. It seems mindless anti-Trumpism is still alive and well.

Groups representing the higher education establishment are reportedly importuning putative education officials in a Biden administration to reverse an order relating to Title IX of U.S. Higher Education Act. That order mandates that a student accused of campus sexual assault is entitled to a live hearing and the right to cross-examine his accuser.


Prior to the Trump order, under the Obama years, school administrators would merely conduct a fact-finding inquiry, interviewing all concerned but without the accused being able to confront the accuser. Nor were there other procedures followed that are typical of formal hearings designed to determine guilt or innocence of serious wrongdoing.

The call to undo the order came in a letter from Ted Mitchell, president of the American Council on Education, and was signed by 46 higher education groups. Mitchell explained that Trump’s due process requirement “could have a chilling effect on the willingness of survivor to come forward and raises serious concerns about retraumatization.”

But an assault may not have taken place and the accused may have been wrongly charged. Further, without clarification thorough cross-examination, even individuals convinced they were assaulted may get some details incorrect. But, apparently those possibilities are of lesser concern than trying to avoid possibly discouraging someone from coming forward.

To be sure, we are not unmindful that many actual victims may well be deterred from coming forward if the full range of legal protections an accused enjoys in our criminal justice system is made available in campus situations. But this fear is not unique to campuses and here in America we still venerate the notion of a presumption of innocence.

Even in civil cases, a plaintiff has the burden of proving his or her case against a defendant. Nor should we minimize the effect a finding of sexual assault will have on an accused. Indeed, it is hard to contemplate how it is distinguishable from the consequences of a full-blown criminal conviction. Indeed, a determination of guilt on campus would ordinarily involve similar stigma and a prompt referral to the criminal authorities.

The American Council for Education letter also called for the repeal of Trump’s executive order that bans federal contractors, the military, federal agencies and recipients of federal grants from conducting certain race-training programs. The order targeted programs that embrace so-called “critical race theory,” which asserts that certain societal institutions are inherently racist and that race is itself used by white people to further their own interests at the expense of people of color.

While the order also states that the ban does not prohibit affected institutions from “promoting racial, cultural, or ethnic diversity or inclusiveness” and adds that critical race theory topics can be part of academic instruction if discussed without endorsement, the council letter characterized the order as “sweepingly overbroad” and said it has “chilled the implementation of critical diversity training programs that ensure more respectful and productive work and learning environments.”

While we are grateful to the American Council on Education for trying to clear all of this up for us, we would hope that as a nation we could move on from all of this patent nonsense. Are they really serious? Just because Trump proposed them doesn’t make his executive orders wrong. 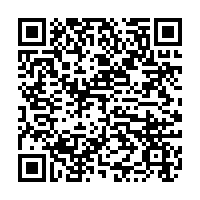