New York Senator Chuck Schumer continues to assert that he has not yet made up his mind about whether he will support the nuclear deal with Iran. He’s busy studying the matter, he says. Sorry, but Mr. Schumer is one of the brightest members in the Senate and we find it difficult to understand exactly what it is he doesn’t yet understand.

For example, the idea that this deal represents the only viable approach to limiting Iran’s pursuit of nuclear weapons – the mantra of President Obama and one of the things Mr. Schumer says he is evaluating – is patently absurd. In fact, there will simply be no way to know whether the Iranians are in compliance with the restrictions placed on them by the agreement.


Thus, Secretary of State Kerry recently conceded he has not even seen the provisions of an inspection “side agreement” between Iran and the UN’s IAEA – a side agreement to which he does not expect to have access since the U.S is not a party to it.

Iran also says no inspectors will be allowed access to any military bases. And those venues where inspectors will be given access will only be open to outsiders after 24 days’ notice. Any dispute over whether access should be given in a particular instance will trigger a cumbersome mediation process. If Iran is not ultimately agreeable, it will not be forced to allow entry to inspectors.

In sum, there will be no “any time, anywhere” access as originally promised by President Obama.

And under the deal, sanctions will no longer be available as a way to force compliance. This became clearer in the past few days with the increased attention paid to Paragraph 36 of the agreement.

To compound the matter, the Iranians continue to claim that in order to placate American public opinion, the administration is lying about the actual deal that was struck. Can this be anything other than a declaration that the Iranians have no intentions of meeting their commitments?

So even putting aside such key issues as the relatively brief interval during which Iran would be prohibited from developing nuclear weapons, the extent to which Iran’s nuclear infrastructure would remain intact, and the improbability of the “snap back” sanctions provisions having any effect, what is there to commend the agreement?

As we said last week, Senator Schumer’s single vote is not the problem. The problem is whether he will use his senior position in the Senate in a timely manner in order to convince his colleagues to oppose the agreement before it’s too late. 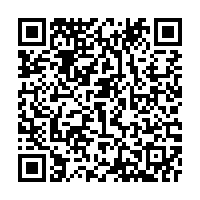