NYC Councilman Chaim Deutsch created a stir two weeks ago when he suggested in our pages that it behooves New York Jews to register as Democrats in the light of the party’s lurch towards progressivism.

Deutsch, a Democrat, noted that progressive liberals are winning more and more primary elections and subsequently becoming shoo-ins in the general elections considering the overwhelmingly Democratic leanings of New York. So, he said, disillusioned Jews who have left the Democratic Party should return so they can have a say in the primaries. In short, he urges Jewish New Yorkers to “seize back the Democratic Party from the clutches of the most extreme, leftist voices.”

Several readers took great exception to his argument. One pointed out that the party’s leadership agrees with its progressive members and at least has tacitly supported them. Another said that “the Democratic Party has become the most openly anti-Semitic, anti-Israel party in history” such that Jews should not want to identify with them in any way and should better work through the Republicans.

Still another claimed that the likes of Ilhan Omar, Rashida Tlaib, and Bernie Sanders are too firmly entrenched in the Democratic Party for Councilman Deutsch’s plan to work. Finally, a reader argued that Jews going over to the Republicans en masse would have a far greater impact than trying to infiltrate the Democrats.

Our readers make some telling points. But with a hat tip to New York Post election reporting, we believe that, given the realities of New York politics, the councilman’s position is compelling. The turnout in New York primary elections is notoriously tiny. In the 2018 Democratic Party congressional primary, leftist Alexandria Ocasio-Cortez defeated 10-term incumbent Joseph Crowley in the 14th congressional district in Queens, 57-42 percent. But while there were 214,750 registered Democrats in the district, only 27,744 voted! That is, more than 80 percent of eligible voters stayed home. Talk about the tail wagging the dog.

A similar scenario played out in Brooklyn’s 9th Congressional district. Rep. Yvette Clarke beat back a challenge from insurgent Adem Bunkeddeko 52-48 percent. But the turnout was only about nine percent of eligible voters – i.e., 28,266 out of a possible 313,949.

In another primary election that year in the 12th Congressional district – covering the East Side of Manhattan – Rep. Carolyn Maloney beat back a challenge winning 58-42 percent. In that race, only 16 percent of registered Democrats voted, or 41,391 out of 259,877.

And in the primary election that year in a three-way contest in the 5th Congressional district – covering southeast Queens and parts of Nassau County – only 12,079 Democrats voted out of a possible 298,385. Thus, only about 4 percent of eligible voters turned out, the majority of them giving a victory to the incumbent, Rep. Gregory Meeks.

In light of these facts – in light of the small turnout in New York Democratic congressional primaries and in light of the near certainty that the winner of these Democratic primaries goes on to win the general election – the potential of a relatively small number of Jewish voters in areas with large Jewish populations to make a difference is huge. But they can only make this difference if they register as Democrats.

Registering as Democrats, therefore, is certainly worth a shot. The clock, though, is running down. The deadline to switch parties in NY is February 14. 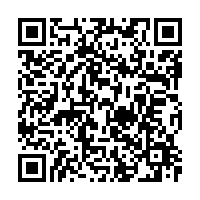