We call on voters in the 9th Congressional District in New Jersey to vote for Congressman Steven Rothman in the June 5 Democratic primary. His principal opponent is Congressman Bill Pascrell Jr. Though both are incumbents, they are running against each other in a newly fashioned district consisting of Tenafly, Englewood Cliffs, Clifton, Teaneck, Edgewater, Lyndhurst, Wood-Ridge, Paterson, Carlstadt and Secaucus.

Mr. Pascrell has taken to identifying with the Palestinian cause in ways we believe are over the top. He has also vocally opposed efforts to investigate Islamic radicalization. That is his right, but we also have the right to strenuously disagree. On the other hand, Congressman Rothman has a long record of support for Israel and what we believe to be U.S. interests in addressing the threat of radicalization in the Muslim community.


Congressman Rothman is undoubtedly the right choice on June 5.

Knesset to Dissolve Tuesday at Midnight, Israel Goes to 4th Election in 2 Years

Cancel Culture Continues: Giuliani May Be Disbarred in New York 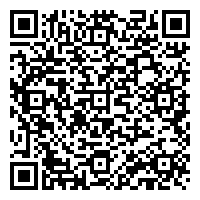