The Hill reports that there is a growing realization among Democrats that their plans for a $3.5 trillion social policy spending plan with huge tax raises built in will have to be whittled down. While a project of this magnitude perforce has a lot of moving parts, the most talked about reason has been the several objections voiced by West Virginia Democrat Sen. Joe Manchin who has said that he would block the measure unless it is substantially revised.

How can one Senator block a proposal with this kind of money in play one may ask? Well, the Senate is evenly divided at 50-50 between Democrats – including Independents who caucus with the Democrat) and Republicans – who are expected to unanimously vote against the bill. Thus, a vote on the measure would likely result in a 51-49 tally against it which even the usually available tie breaking vote of the vice president can’t affect. In fact, the only reason the bill has been taken seriously in the first place is that the occupant of the White House is a Democrat.


So, what exactly is this proposed law that is being pursued by Democrats without even a numerical majority of supporters in the Senate? It is decidedly not a same old-same old proposal. Indeed an article in the New York Times reporting on it was headlined “From Cradle To Grave, Democrats Move To Expand Social Safety Net.” And the subheading explained “The $3.5 trillion social policy bill that lawmakers begin drafting this week would touch virtually every American, at every point in life, from conception to old age.”

Representative Donald S. Beyer Jr., Democrat of Virginia is quoted in the article and put things in perspective: ”Many of us feel this is the biggest opportunity we will have in our careers to do something deeply structural and transformational to our economy and we should not miss it.”

We also note a current example of this type of “we should do it because we can” Democratic thinking on the local New York City level. Incredibly, the New York City Council is now set this week to move a measure that would amend the City Charter to give hundreds of thousands of non-citizen immigrants who have green cards or non-citizen work authorizations to cast ballots in mayoral and other city races if they have lived in the city for 30 days or longer.

The bill’s sponsor, City Councilman Ydanis Rodriguez said “We have the votes to pass it. We have the opportunity to make the city a role model for the nation, and this is a moment we should not lose.”

To be sure, Rodriguez is probably correct that he has more than enough votes for passage in the overwhelmingly Democratic Council majority. But, as critics point out, this sort of tectonic change should at least be put to a city-wide referendum to let current voters be heard on whether or not their voting power should be diluted by this revolutionary change.

In the light of all of this, we shudder to think about Democratic threats to change such things as the number of Supreme Court Justices to ensure that their decision-making meets their expectations.

It seems to us that the concept of checks and balances, a cornerstone of the U.S. Constitution, is getting more and more appealing by the day. We should think long and hard come election day next year. 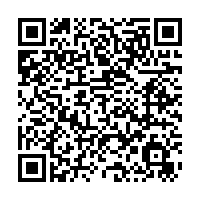