The confirmation hearings this week into Judge Amy Coney Barrett’s suitability for a seat on the U.S. Supreme Court took center stage despite our being in the throes of a sharply-contested presidential race.

So far, many of the questions Democratic senators have raised about Barrett mirror those expressed about President Donald Trump who nominated her. Thus, Barrett is being asked about where she stands on such substantive issues as abortion and the environment, and also whether the function of the Constitution is to limit what government can do or to prescribe what government must do in the realm of policy choices. Of course, if confirmed, she will be called upon to pass on a whole host of issues that currently fuel the Republican-Democratic divide.


While we share the concerns of most of our fellow Americans, we also are especially interested in the issue of religious freedom. That is, to what extent will our religious-based practices – like Shabbos observance – be accommodated when they clash with standard American practices, like the 40-hour work week and the 9-to-5 workday?

And also, with government programs now providing much of the funding for charitable initiatives, what limits does the “separation of church and state” impose on the participation of religious organizations in those programs? Can they be excluded because of their sectarian nature even if otherwise qualified?

And what happens when there is a clash between religious rights and newly-created LGBT rights or reproductive rights (i.e., the right not to reproduce)? Can Catholic hospitals be required to provide abortions or to pay for employee health insurance that includes contraception services or provide gender-altering surgery?

These issues continue to be litigated and since the Supreme Court is the court of last resort, who sits on it really makes a difference. Nathan Lewin, a renowned religious rights advocate who has argued 28 cases before the high court, including landmark religious freedom cases, told the Jerusalem Post he has very positive feelings about the Barrett nomination.

Lewin was a senior partner at the law firm Barrett came to work for when she was starting out in the legal profession after having clerked for Supreme Court Justice Antonin Scalia. Lewin said he was confident that Barrett will join Justices Thomas, Alito, Gorsuch and Kavanaugh, and probably Chief Justice Roberts, in supporting religious rights in the Supreme Court because of her prior record and because she is apparently devotedly religious as a Roman Catholic.

“If there is a question between LGBTQ sexual conduct and freedom of religion, freedom of religion is paramount,” he said. “That’s a view that now a majority of the Supreme Court and, I think, the new justice will agree with as well. It was a view not shared by Justice Ginsburg.”

Lewin discussed a case involving a Seventh Day Adventist who was denied Saturdays off as his religion prescribed because that would have more than a minimal impact on his company’s operations. This case is likely to be heard in the current term of the Supreme Court and Lewin said it could lead to the overturning of the 1977 case TWA v. Hardison, in which the Supreme Court, while acknowledging an employee’s legal right to a religious accommodation, ruled that accommodating an employee’s need to take off as a matter of religious observance was only required if the absence required a “de minimus” adjustment.

Lewin, who had argued the Hardison case in the Supreme Court, referred to the ruling as “terrible for religion.” He went on to say, “My view is that all these years after I argued this case, I will win it in the Supreme Court. I think the court with Judge Barrett will agree, which it did not in TWA v. Hardison, that you would have to do more than a de minimus accommodation for religious observance.”

So we have reason to believe that we are at last at the point of having a Supreme Court that will no longer consider religion as disqualifying and, consistent with the First Amendment’s guarantee of religious freedom, permit minority religionists to fully participate in American life. 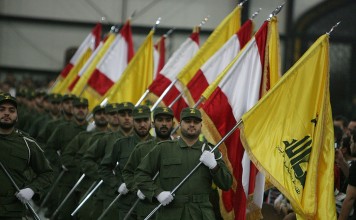