The Knesset is slated to hold the required confidence/no confidence vote on the highly controversial Lapid/Bennett coalition agreement on or before June 14. Under Israeli law, the Knesset must approve a proposed coalition government for it to take effect. As most Jewish Press readers know, Naftali Bennett, who heads the right-wing Yamina party and Yair Lapid, who heads the center-left Yesh Atid party, joined with six other parties –together spanning the entire spectrum of Israel’s political divide, including the Islamist Ra’am party. And therein lies a modern cautionary tale.

The timing of the vote gives Prime Minister Netanyahu a further window of opportunity to thwart an arrangement that, by any measure, was a travesty of the Israeli democratic process. It betrayed pre-election Bennett promises to right-wing voters to continue to champion a robust right-wing agenda and never make common cause with Lapid, the Left, or with Islamist MKs. Instead, Mr. Bennett snookered the Israeli voters on the right and put Israeli and US interests at substantial risk. The dismay of some erstwhile supporters of Bennett has already been widely noted and can only increase as Netanyahu continues to do his thing.


So we again wish Netanyahu well in his reported ongoing efforts to unravel the deal by peeling off right-wing lawmakers in the coalition. The defection of even one or two of them would force new elections by denying the coalition a 61-seat majority in the 120-seat Knesset.

It is hard to defend the Lapid/Bennett-led coalition. Before the elections, Bennett made some solemn promises, which he promptly broke as soon as he realized that it would lead to his displacing Netanyahu and becoming prime minister for at least two years. In addition, because he would be part of an ideologically broad grouping heavily weighted with leftists, his ability to remain true to his right-wing supporters, whom he assiduously courted, was compromised. Of particular general concern are fears that he intends to initially focus on domestic issues and not energetically pursue such hot button issues as Iran’s nuclear ambitions and other predations, so as not to unduly upset the coalition’s delicate balance. And even on the domestic side, he is thought to be contemplating toning down his advocacy for an energetic settlement policy

It is not for nothing that Bennett and Lapid refuse to release any substantive policy particulars of the coalition agreement. Indeed, it seems to be part of a conscious effort to hide the perfidy.

But, in fact, some disturbing aspects have begun to leak out. Senior political columnist Caroline Glick has reported that Ra’am officials are claiming the new coalition plans to end enforcement of building and zoning laws in Arab-Israeli villages and cities that have served to protect the rights of Jewish Israelis. They also claim that the new coalition intends to grant effective autonomy to the Bedouins in the Negev. And we are mindful that each of the parties to the coalition deal have their own deals with the coalition as a whole.

None of the coalition leaders or members have confirmed the claims of the Islamists, but none have denied them either. Indeed, it stands to reason that even someone with his strong right wing background would not be constrained to cultivate the many members of the coalition to his political left.

We believe that Netanyahu continues to be the Israeli leader best suited to protect the vital interests of the US and Israel. The US needs an economically, technologically and militarily strong Israel as a bulwark in the Middle East and as a fully contributing partner in the extraordinary relationship between the two countries. And as we have noted before, he has been instrumental for more than a decade in that success. Both America and Israel need more of the same, not less. 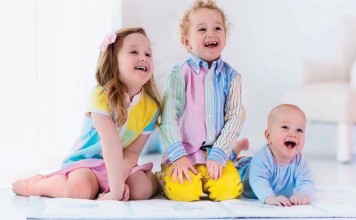 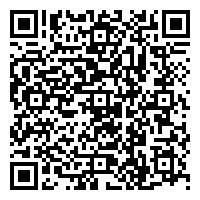