President Biden seems poised to drop the first shoe in his efforts to resurrect the same-old, same-old peace process featuring the tired “two-state solution” refrain. There are reports that he is actively promoting the replacement of Mahmoud Abbas, the failed, longtime Palestinian leader, with former PA prime minister Salam Fayyad, a respected academician and technocrat who has lately been going public with a detailed plan for returning to the pre-Trump days on Middle East policy.

Unfortunately Mr. Biden seems to be paying attention. The problem though is, to put it bluntly, that no matter who rules from Ramallah negotiations between Israel and the Palestinians are not possible until the Palestinians have their civil war – or some miracle – to determine who are their legitimate decision makers. And the notion that the Biden Administration would get behind Fayyad is concerning.


The President, although by no means a clone of President Obama on the Middle East, and a self-professed strong supporter of Israel, has been a longtime believer in a two-state solution as well as a substantial part of the Palestinian wish list. He is said to have concluded that his support for the Abraham Accords, his leaving intact President Trump’s relocation of the US Embassy to Jerusalem and recognizing the city as the capital of Israel, and his declaration of US backing of Israel’s annexation of the Golan Heights have all sufficiently burnished his credentials to allow him some freedom to act despite the expected tumult.

So, what’s in the works seems ominous.

According to a Jerusalem Post report citing an Egyptian source, Fayyad was asked by the US administration to “feel the pulse” of Hamas and other Palestinian factions in the Gaza Strip about the possibility that he would head a new Palestinian government. Reportedly, the US and the Europeans have realized that the role of PA President Mahmoud Abbas has ended because of his decidedly less than stellar record in office and decline in his popularity.

Also, the recent crackdown by the Palestinian security forces on political opponents and social media users in the West Bank has apparently disillusioned many of even his ardent supporters. Indeed, the death of anti-corruption activist Nizar Banat while in PA custody triggered a wave of protests throughout the West Bank and the Gaza Strip, with many calls for his resignation.

But Fayyad has recently called for a “fundamental reset’ in the US approach to peace talks. He said previous talks had broken down because of deep-rooted problems even before President Trump came on the scene. He said it was essential that the US get serious about what he referred to as the “illegality” of all West Bank settlements and called for a statement by Israel recognizing the rights of Palestinians to national rights as a people even before negotiations. He referred with disdain to former Republican House leader Newt Gingrich’s description of the Palestinians in 2011 as an “invented people.” He also called for reconciliation between Fatah and Hamas as essential, claiming that disunity would weaken the Palestinians in any negotiations. Fayyad went on to urge US pressure on Israel in connection with any negotiations and the need to secure the support of other Arab nations in support of the Palestinian narrative.

Of course one could expect this sort of plan from Fayyad, which is reminiscent of the infamous Obama Cairo “reset” speech. But it is troubling that President Biden would even thinking of embracing it.

It is equally troubling because the notion that Hamas would voluntarily relinquish power to Fatah in a wave to reconciliation is a pipe dream. Such a gesture is so counterintuitive as to be a non-starter. And engaging in new negotiations with the hope that it would happen later would simply mean another forum to come down on Israel and exact unilateral concessions without the possibility of reciprocation. Unfortunately, as we noted at the outset, for negotiations to have a chance to work, they must have their civil war to settle things internally. This is not meant as a call for bloodshed, but as a simple statement of logic.

And as we have also noted on several occasions, the political imperative in the Middle East is now to get behind the growth of Arab participation in the Abraham Accords. We have no doubt that the resolution of the Israel-Palestinian conflict would be resolved as a by-product. 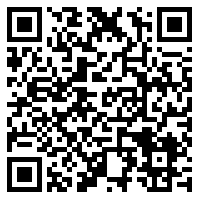