The FBI search on Friday of President Biden’s private home in Wilmington, Delaware and the subsequent seizure of some classified documents was a very big deal, even though it was all at the invitation of Mr. Biden’s personal attorneys. Indeed, the invitation could have meant one of two things: Either for some reason the Biden team felt they needed to reassure the Department of Justice that they really were cooperating as they had been claiming, or that the Justice Department had advised that if there were no invitation forthcoming, there would be search warrants and subpoenas forcing the issue. In either scenario, something important is clearly going on beneath the surface.

The fact that documents were actually found after the Biden lawyers had assured that there weren’t any more undoubtedly means that the cozy relationship with the FBI that at the early stages of the investigation, which even featured the FBI’s allowing the Biden personal defense team to collect evidence for them, is over. One sign would be whether the FBI searches Mr. Biden’s Rehoboth home, where Biden attorneys conducted a search earlier this month.

On the surface, the problem here seems relatively simple. The more documents that are found and produced – some by Biden’s lawyers – and the more President Biden says he knows nothing about them, only add oil to the fire. Plainly, a case of mishandling of documents is made out if the person who signed out for them has no idea where they are. That can only mean that no security arrangements for them were in place.

But that is in plain sight. So why all the back and forth with the FBI and Biden efforts trying to keep a lid on the story. It was surely unusual for the news of the discovery of the first set of documents was kept secret for 68 days.

It could be that avoiding political embarrassment to the President was behind it all. But arguably inadvertent mishandling of secret documents with nothing more, is hardly the biggest of deals.

Of course, lurking in the background is the question whether the documents fit into an investigation of a possible Biden/China connection. And that that is what is of interest to the FBI. 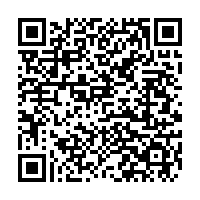