The mainstream media obsession for almost two years with almost every development in the Mueller Russian collusion investigation was truly remarkable. Even the prosecutions of people for collateral process crimes like misstating the dates or details of meetings or conversationw, or for unrelated crimes accidentally uncovered in the course of the inquiry, did not escape the spotlight.

Yet for all the hoopla, not one person was prosecuted for the substantive crime of participating in any collusive activity with Russian agents.


Fast forward to the guilty plea last week by former FBI lawyer Kevin Clinesmith as part of the Durham probe into the Trump-Russia investigation launched by the Obama administration during the 2016 presidential campaign. Clinesmith completely changed the substance of a document that was used to justify to the Foreign Intelligence Surveillance Court why the FBI should be allowed to conduct surveillance on former Trump campaign official Carter Page.

When the FBI approached the FISA court to look more closely at Page, the CIA told the FBI in an e-mail that Page, who was meeting regularly with Russians, was reporting those meetings to the CIA and discussing their substance as well. Clinesmith, however, ever so carefully altered the e-mail by adding that Page was not a CIA source and thus his contacts with the Russians were suspicious and required scrutiny.

Clinesmith says he thought the distinction he drew was a valid one, but he plainly changed the message the CIA wanted to convey to the FBI and, indeed, Clinesmith has pled guilt to submitting a false document to the FISA court.

Yet, surveys conducted by the National Review and Fox News show that the Clinesmith plea has been almost completely ignored by the mainstream media. The contrast with Muller probe is stunning. Clinesmith’s crime went to the heart of whether there was wrongdoing in the conduct of the Trump/Russian collusion investigation, which is the subject of the Durham inquiry. Meanwhile, all of the Muller prosecutions, which were given so much attention, were about collateral crimes or unrelated ones accidentally uncovered in the course of the pursuit of collusion.

It hardly seems likely that the Clinesmith plea will mark the highwater point of the Durham probe. Chances are that Clinesmith has signed a cooperation agreement with Durham. The actual plea is for making a false statement and his actions could seemingly have supported more serious charges since they were taken in the course of his official FBI duties and arguably intended to deceive a federal court.

So apparently there will be more forthcoming about further wrongdoing by others if only because Attorney General Barr has already publicly said that Durham is conducting a broad ranging investigation and had already come up with some very troubling facts.

Unfortunately, while the Clinesmith story is certainly noteworthy, for now it is overshadowed by the sad fact that since it has no potential to negatively affect President Trump, it got little play in the main stream press. Sad. Very sad. 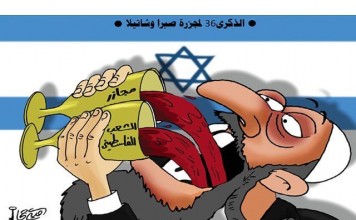 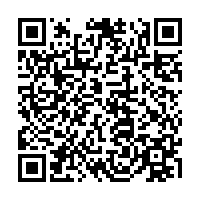