As all of our attention is drawn to the coronavirus epidemic and the gravity of the crisis it presents, there is a sort of comic relief in some of the beyond belief criticisms directed at President Trump’s stewardship of the national effort to combat it.

As recounted by the New York Post, when Trump early on imposed travel restrictions on China he was immediately criticized by some Democrats for being racist and xenophobic. The very next day, Democratic frontrunner Joe Biden said, “This is no time for Donald Trump’s record of hysteria and xenophobia – hysterical xenophobia – and fearmongering.”


For its part, CNN warned that “the U.S. coronavirus travel ban could backfire” and have the effect of “stigmatizing countries and ethnicities.” The Chinese Communist Party’s official mouthpiece, the People‘s Daily, echoed the “racist” charge.

The Trump move was also trivialized by the UN’s World Health Organization which claimed it would increase “fear and stigma, with little public health benefit.” This was the same WHO that advised governments not to restrict travel from China at the start of the epidemic and praised China for its “transparency.”

Yet as we now all know, the Chinese authorities were not at all transparent and failed to report the seminal contagion and virulence of its coronavirus epidemic, such that the travel may have enabled the U.S. to avoid the negative experiences of Italy and other countries that did not enact a travel ban.

In fact, at a press conference, Dr. Anthony Fauci, the internationally renowned head of the National Institute of Allergy and Infectious Diseases, highly praised the “original decision that was made by the president…[that] prevented travel from China and the United States. If we had not done that, we would have had any, many more cases that we would have to be dealing with.”

To be sure, true to form, a New York Times article referred to the coronavirus as “Trumpvirus,” and in an editorial reiterated its stale claim that Trump “muzzled Dr. Fauci.” Pointedly, though, at a press conference several hours, Fauci emphatically said, “I have never been muzzled, ever, and I’ve been doing this since the administration of Ronald Reagan. I’m not being muzzled by this [Trump] administration. That was a real misrepresentation of what happened.” Needless to say, the Times made no mention of Fauci’s disclaimer.

And then there was the Washington Post idle speculation that the coronavirus could be “Trump’s Katrina,” alluding to Hurricane Katrina and President George W. Bush’s challenged response.

Finally, when Trump announced a coronavirus task force with the nation’s top infectious experts, CNN attacked him for its “lack of diversity.”

Trump’s performance in leading the anti-coronavirus effort should not be immune from criticism and the full story will doubtless emerge. But Americans need to have confidence in their leader at this critical time and it is unacceptable that he be subjected to mindless and hackneyed anti-Trump tropes. 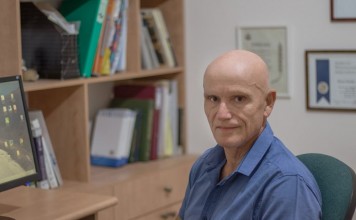 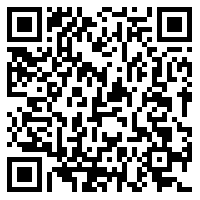