We salute the Dirshu organization and the events it sponsored on Sunday, marking the completion of the most recent Daf Yomi cycle by participants in its programs. The events were held in several venues around the world, including three locations in New Jersey. But the real Dirshu story is the unique Talmud study program it has introduced to the general Torah world.

Since 1997, Dirshu has, by any measure, contributed mightily to Daf Yomi and general Talmud study by its emphasis on mastery and retention of the material through continuous review and rigorous, regular testing. The Dirshu program also features special financial rewards based on performance on the tests.


So, a typical Dirshu participant would study a daf a day and sit for an examination at the end of a month on the material studied that period. In addition, every four months, participants are tested on the previously studied approximately 120 pages. There are various levels of study with programmatic adaptations for the most serious, including review and testing every six months of all material studied from the beginning of the Daf Yomi cycle. At the end of the entire seven and a half year cycle, participants are tested on their knowledge of the entire Talmud – a total of 2,711 pages of text!

The Dirshu approach is quite extraordinary and tracks the regimen of great Talmudic scholars of the past, and it has made a significant impact on thousands in the Torah world, enabling them to grow in their Torah scholarship.

Finally, it is not out of place to note here that Dirshu continues to be largely the work product of Rabbi David Hofstadter, who has dedicated his energy and financial resources to making Dirshu work. Kol hakavod!

May the organization continue to grow – and help Jews throughout the world strive in their Torah learning. 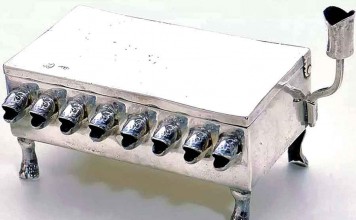