John Kerry’s top advisers were so anxious to pacify Oman for backing the Iran nuclear deal that they blocked a report that would have put Oman dangerously close to being sanctioned for human rights violations, Reuters reported.


U.S. diplomats in its Middle East bureau and in a department whose objective is to fight human trafficking advised that Oman’s ranking on forced labor and trafficking in humans should be lowered by one level, which would have left it one notch above the category that would have placed the oil-rich ally on the list of countries that can be sanctioned.

The report was eventually published in July, but Oman’s ranking magically was left unchanged, an apparent gift for its supporting President Barack Obama’s efforts to strike a deal with Iran on its nuclear development, regardless of a nasty human rights record.

The State Dept, did not directly respond to Reuters when the issue was raised.

Oman used its importance to the United States as a lever to protest the scheduled downgrade in its human rights record, Reuters quoted Mark Lagon, the TIP office’s ambassador-at-large from 2007 to 2009 and now president of Freedom House, as saying, “I’m not aware of a case where something like this has happened before.”

If Oman had been dropped one level to “Tier 3,” it would have shared the embarrassing distinction of being on par with North Korea when it comes to trafficking in humans.

A Reuters investigation published on Aug. 3 revealed a high degree of ‘grade inflation’ in this year’s rankings.

An unprecedented number of diplomatically sensitive countries such as Malaysia, China, Cuba, Uzbekistan and Mexico wound up with ratings higher than recommended by the State Department’s own human rights experts. 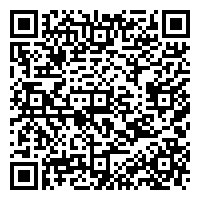