In the 2016 presidential campaign, virtually all the polls predicted that Hillary Clinton would defeat Donald Trump in a landslide. Indeed, anyone who suggested that Trump was even a serious candidate was usually hooted down.

Yet, as we all know, there was a wave of discontent afoot across America that completely eluded the pollsters and pundits. Undoubtedly many of those polled were wary of publicly coming out for the larger-than-life Republican outlier.

We are beginning to feel that a similar phenomenon is at play once again. Polls are forecasting a runaway Biden victory. Support for Joe Biden is treated as the revealed word while support for Trump invites contempt, alienation, and charges of racism and hate-mongering.

Yet, there is just too much going on across this country disrupting the way we have always done business for Americans to not care about Joe Biden’s views about all of it. And Biden simply refuses to submit to hard interviews or questioning by reporters. He persists in delivering scripted statements about this or that topic while ignoring what is confronting Americans on a daily basis.

Can it be that an overwhelming number of Americans just don’t care to know what Biden thinks about the depredations of Black Lives Matter, the endless disruptions of traffic on public streets, or mob takeovers of whole neighborhoods? Do they not want to hear him answer serious questions about the Sanders-AOC phenomenon and the hard left tilt in the Democratic Party or the nationwide efforts to disable law enforcement?

Are they not interested in hearing more than his usual pap about undoing Trump’s foreign policy and getting some specifics? How would he answer those who believe that sanctions on Iran will ultimately prevent an armed confrontation with Iran while the Iran nuclear deal would have led to a nuclear Iran?

Are they also oblivious to the cascading evidence of impropriety in the FBI investigation of the Trump presidential campaign and the indications that President Obama and Biden played roles in launching it? Do they not want to hear more of the evidence and also what Biden has to say about it all?

And then there is also the overarching issue of Biden’s cognitive challenges. Plainly there is something not quite right on that score. Having Biden publicly face the Chris Wallaces of the world would certainly help inform that concern. It is inconceivable that a large majority of Americans have already decided that this concern does not bear on their choice for president.

So the notion that most Americans have already made up their minds is implausible. It is all the more so given the fact that Americans recognize full well that politicians usually seek as much public exposure as they can get.

So voters are surely perplexed by Biden’s refusal to submit himself to searching inquiry and want clarification. Is it because he has less than salable answers or is it the cognitive thing? One would think that most Americans would want this cleared up before making a decision on whom to vote for.

These sentiments are out there, regardless of what the polls say. And a big November surprise may now be in the offing. Of course, three months is a lifetime in politics and a lot of time for circumstances to change. 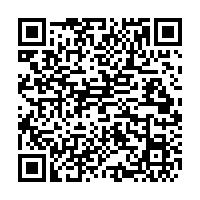