We are, to put it mildly, deeply disappointed in the performance of Bill de Blasio as mayor of New York City. Despite the favorable crime statistics of the moment, he has sown the seeds of future problems by alienating the NYPD and breeding contempt for its work. Spending and taxes are out of control. The list goes on.

Equally troubling are his efforts to burnish his image as a leader of hard left “progressives.” Not only did he outrage many New Yorkers earlier this summer by running to Germany to stalk President Trump, who was attending an economic summit there, but doing so required him to forgo participation in the citywide mourning for an assassinated NYPD officer.

His behavior in connection with this year’s Puerto Rican Day Parade was also dismaying. As we have noted, his public equivocation over whether to join in its celebration of a self-styled Puerto-Rican nationalist who spent more than 35 years in federal prison for his role in a 1975 bombing that left four New Yorkers dead was most disconcerting. (The mayor ultimately marched.)

And then there was Mr.de Blasio’s endorsement of congressman Keith Ellison for chairman of the Democratic National Committee despite Mr. Ellison’s past association with Nation of Islam leader Louis Farrakhan, his opposition to U.S. funding for Israel’s Iron Dome missile defense, his support for the BDS movement, and his advocating for Obama administration pressure on Israel to ease the Gaza blockade.

Finally, we note once again that the de Blasio’s administration does not have Orthodox Jewish representation in senior decision-making positions despite the mayor’s self-described role as a champion of inclusiveness.

As an incumbent, there is little doubt Mr. de Blasio will be successful in the primary. Even so, a vote for his closest competitor, former city councilman Sal Albanese, a seasoned public official with moderate views, would certainly be a step in the right direction.

We heartily endorse Eric Gonzales in the Democratic primary for Brooklyn DA. As the acting DA since the untimely death of Kenneth Thompson, Mr. Gonzales has demonstrated his fitness for the post. He has built upon Mr. Thompson’s trailblazing program of reviewing and dismissing highly questionable convictions. In this, he impresses with his palpable sense that contrary to an unfortunate trend in law enforcement, prosecutors are not in a no-holds-barred war with criminal suspects but rather part of a process that should lead to a determination of guilt or innocence.

A respected veteran prosecutor, he has also shown he knows the nuts and bolts of administering the huge prosecutorial effort that is the Brooklyn DA’s office and so it is no surprise that crime is down. He also seems well suited to the task of efficiently allocating limited available resources. He has also focused on the all-important issue of gun trafficking from the south. Mr. Gonzales has earned our support as the Democratic Party’s nominee for the November general election.

In this race, we support Elena Baron, who has the overwhelming support of Jewish leadership in Brooklyn and is active in a number of Jewish community causes and charities. She was born in the old Soviet Union yet has amassed an impressive record as a senior court clerk and attorney in the supreme and civil courts. Her experience in the court system is compelling. (An uploading error last week caused an earlier, non-final draft of an endorsement of Hermalee Patel to make it into the paper, which erroneously indicated that we endorsed Ms. Patel. We regret the error and note that while Ms. Patel brings much to the table, Ms. Baron is the preferred choice.)

Laurie Cumbo has worked hard to get to understand the Jewish community and the issues we care about. She has developed a close relationship with the leadership at the Jewish Children’s Museum, the Crown Heights Jewish Community Council, and other Jewish organizations. She has championed significant funding for Jewish organizations in her district, for capital needs at the Museum, for social welfare services for the community, and for programming for the seniors. She also was a strong supporter of the Elie Wiesel Holocaust Survivors’ Initiative.

We urge voters in the 38th council district to vote for New York State Assemblyman Felix Ortiz and we withdraw last week’s endorsement of Chris Miao. While Mr. Miao has strong credentials, which commended him to us in the first place, a subsequent review of Assemblyman Ortiz’s stellar record and sensitivity to the needs of the Jewish community has persuaded us that he is the better choice to navigate the labyrinthine legislative waters in the Council.

Among his many achievements, Mathieu Eugene initiated a major multi-part grant to address issues of domestic violence in the community that produced over a dozen programs, available online, on various aspects of shalom bayis, how to prevent and react to abuse, and how to preserve a marriage when abuse is not the issue. He has made an important difference while in office.

Butler is an unrelenting advocate for adequate heath care and maximizing educational and employment opportunities, programs to meet the needs of seniors, and freeing up the flow of information citizens need to go about their daily lives

Brannan is known for his selfless commitment to improving the lives of ordinary people and his belief in the efficacy of government in bringing that about. He is proud of his work on the rollout of New York City’s Pre-K for All program and believes his experience in that regard and as a staff member in various other governmental capacities well prepares him to navigate the workings of the City Council and maximize his potential for getting things done.

Even before his election, Chaim Deutsch had long been a fixture in Brooklyn as the go-to-person for those in need of help with government officials and agencies, including, importantly, law enforcement. In office he has continued in that role and his contributions to the everyday lives of countless Brooklynites has been immense.

65th AD, serving the Lower East Side, including the Grand Street Co-Ops

We strongly support the reelection of Karen Blatt and Jacob Goldman as Democratic district leaders on the Lower East Side of Manhattan. Not only have they served the community well, they are also well known personalities. Ms. Blatt has put to good use her professional training in urban planning and experience gained from positions with the NYC Department of Parks and Recreation, the NYC Landmarks Preservation Commission, and the NYS legislature to advance the quality of life of the community.

She is widely recognized for her commitment to public service and has served with distinction on several local governmental bodies.

Mr. Goldman has been a neighborhood advocate for two decades. Professionally he is an attorney and local businessman, the owner of LoHo Realty. He is credited with a major role in putting the Grand Street co-ops on the real estate map and otherwise contributing to positive changes in the community.

Unfortunately, there is not much information available about their opponents. It almost seems they’re hesitant to let voters know too much about themselves. We certainly know nothing of their work on behalf of the community. But what we do know is disturbing. They seem comfortable with the national anti-Israel BDS movement, the spread of sharia law, and the divisive work of the notorious anti-Israel activist Linda Sarsour. Making common cause with the likes of Linda Sarsour is hardly a recommendation for office on the Lower East Side. Curiously, instead of addressing any of the issues, they spend much time in their literature attacking a Blatt/Goldman connection to Sheldon Silver. Yet Mr. Silver is legendary for the unparalleled benefits he brought to the Lower East Side during his time in elective office.

In addition to the candidates we recommended last week (voters must pick five out of 11) we add John O’Hara and Patrick J. Hayes. Mr. O’Hara brings with him his experiences as the target of several prosecutions by former Brooklyn DA Charles J. Hynes for allegedly voting in a district in which he did not live. He claims the cases were fabricated by overzealous prosecutors, and, indeed, prosecutions for such things are unheard of – it seems the last one was brought against Susan B. Anthony in 1872. In any event, all of the convictions were overturned on appeal.

Mr. O’Hara has since dedicated his legal career to reversing miscarriages of justice and says his heightened sense of awareness of the perils of the legal system impelled him to seek a judgeship. Patrick J. Hayes is a veteran attorney and formerly an assistant DA in Brooklyn. He has the experience and temperament to be a fine addition to the civil court bench on Brooklyn.

Connie Melendez is running for civil court judge after many years of being involved in the court system in various capacities. Currently, she is the principal law clerk for New York State Supreme Court Justice Marsha Steinhardt in Kings County. In that capacity she has analyzed and resolved issues of law, procedure, and evidence arising from medical malpractice cases, negligence actions, and foreclosure matters. She has participated in negotiating the settlement of multi-million dollar cases, including brain- damage baby claims and cases involving other serious injuries.

David C. Pepper’s has a profound sense of how the legal system affects the lives of everyday people. He says his family instilled in him a strong work ethic and he had a series of menial after school jobs all of which have made him better able to understand the fears people have when coming into contact with the court system. He has also spent many years putting into practice his views in this regard.

Arriaga has presided over a domestic violence section of the Brooklyn Criminal Court, adjudicating often-contentious litigation. He has encouraged negotiated dispositions, conducted hearings and trials, and monitored defendants’ compliance with their anger management and

drug and alcohol treatment programs. Prior to becoming a judge, in May 2004, Judge Arriaga was counsel to then-Brooklyn Borough President, Marty Markowitz and held a series of public positions. He is a seasoned and distinguished public servant

An experienced attorney, Frias-Colón has served as an assistant D.A. in Brooklyn and worked on the Abused Women’s Active Response Emergency (AWARE) Program. She says she’s appeared before judges who she felt lacked the proper judicial temperament. But as Civil Court judge, she plans to draw on memories of the judges she once looked up to. “They are no-nonsense. They handle their caseload well. They allow people who come before them to be heard. That’s really the type of judge I’d like to be.” Well put.

Known around the borough as the “Community Judge,” Judge Sheares prides herself on her ceaseless efforts to get to know her constituents. Judge Sheares works tirelessly to get acquainted with the people of Brooklyn by participating in countless community outreach programs and with a style of judging that involves far more listening than speaking. 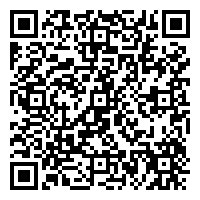