Nowadays it seems that almost everything in the public domain has to pass through an ideological prism. So, whereas opinion would ordinarily be reserved for conclusions about what was shown to have happened, too many people are now prepared to offer their thoughts about what they think must have happened because malevolent and corrupt forces had likely made it happen.

And there are even those that are simply on the lookout for anything that will make a dogmatic point and will seize on anything to make that point – however good or bad the fit. This is having a seriously negative impact on some of our core institutions and must be called out. The recent case of actor Jussie Smollett is instructive and should sound the alarm.


Most readers are aware that in 2019, Smollett, who is black and openly gay, claimed that at 2 a.m. on January 29, 2019, two white supremacist devotees of then-President Donald Trump, wearing MAGA caps and shouting homophobic and anti-black epithets, attacked him on a deserted Chicago street. He also said they tied a noose around his neck.

The tale implicated the key elements of the progressives’ list of supposed systemic rot that has overtaken America. And, without benefit of anything other than Smollett’s allegations, many of our leading political luminaries pounced.

Almost immediately, future president Joe Biden promptly tweeted, “What happened today to [Jussie Smollett] must never be tolerated in this country. We must stand up and demand that we no longer give this hate safe harbor; that homophobia and racism have no place on our streets or in our heart. We are with you Jussie.”

Similarly, Kamala Harris said at the time that Smollett was “one of the kindest, most gentle human beings I know. I’m praying for his quick recovery. This was an attempted modern-day lynching. No one should have to fear for their life because of their sexuality or color of their skin. We must confront this hate.”

As we now know, the whole thing was a hoax set up by Smollett, who actually hired two black men to attack him. Smollett was convicted of lying to police about it and now faces up to three years in prison for his efforts.

As many have argued all along, the story never hung together – in some ways defying belief – and probably wouldn’t have been given any credence at all were it not for those opportunists on the left who, in unseemly haste, rushed to enlist it in their own efforts to weaken their political adversaries.

But we should all be clear that this “woke” frolic is not been just some “oops” moment. Rather, it has revealed a doctrine that those who claim an exclusive on the truth can take liberties with the facts.

The aphorism attributed to the late Senator Daniel Patrick Moynihan – which probably did not originate with him – is especially apt here: “Everyone is entitle to his opinion, but not his own facts.” 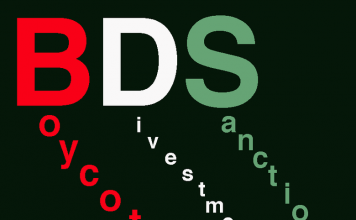 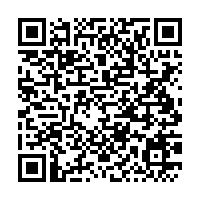