New Jersey Senator Corey Booker’s loopy comment the other day that anyone who does not oppose Judge Brett Kavanaugh’s nomination to the U.S. Supreme Court is “complicit in evil” is irritatingly misleading. It draws attention away from the profound clash between two competing views of the Constitution that is actually in play.

Interestingly, in a 2001 interview on Chicago’s public radio station WBEZ-FM, then Illinois State Sen. Barak Obama set forth the elements of the debate:

If you look at the victories and failures of the civil rights movement and its litigation strategy in the court, I think where it succeeded was to invest formal rights in previously dispossessed people, so that now I would have the right to vote. I would now be able to sit at the lunch counter and order and as long as I could pay for it I’d be okay.

But, the Supreme Court never ventured into the issues of redistribution of wealth, and of more basic issues such as political and economic justice in society. To that extent, as radical as I think people try to characterize the Warren Court, it wasn’t that radical.

It didn’t break free from the essential constraints that were placed by the Founding Fathers in the Constitution, at least as it’s been interpreted, and the Warren Court interpreted in the same way, that generally the Constitution is a charter of negative liberties. Says what the states can’t do to you. Says what the federal government can’t do to you, but doesn’t say what the federal government or state government must do on your behalf.


In a nutshell, supporters of Judge Kavanaugh argue that the Constitution is a blueprint for protecting Americans against predatory governmental action. While it is properly the basis for requiring that all Americans must be treated equally before the law, the Constitution, they say, is not supposed to serve as a springboard for conjuring up substantive, result-oriented policies. The latter is properly the province of the legislature, Congress.

Conversely, opponents of Judge Kavanaugh maintain, as did Sen. Barak Obama in 2001, that the Constitution should be interpreted as requiring particular economic and social outcomes brought about by the arbitrary redistribution of wealth as a hedge against individual economic failure.

So the debate is in reality not between the forces of good and evil, as Sen. Booker would have it – or even the wisdom or soundness of particular policies. What it is most assuredly about is who decides what those public policies should be – elected officials having to answer to voters or judges largely answerable to no one other than themselves or other judges. 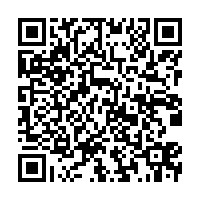