Fresh from their successes in clearing much of our public spaces of reminders of significant American figures they deem unworthy by virtue of their not being perfect human beings, and their enlisting the Biden Administration in their effort to cow pesky parents objecting to the indoctrination of their schoolchildren, the critical race crowd has now turned to another cornerstone of our nation.

Hard to believe, but they are now trying to get a law in the New York City Council authorizing non-citizens to vote in local city elections. We think it is a very bad idea.


Under the legislative proposal expected to be approved on Dec. 9 by a veto-proof Democratic Council majority, more than 800,000 non-citizen New York residents would be allowed to register as members of political parties and vote in municipal elections, provided they are green card holders or have the right to work anywhere in the United States.

According to the New York Times, supporters of the plan argue that immigrants who reside in the city legally, pay taxes, send their children to public schools and rely on city services should have some say in who becomes mayor or who represents them on the City Council. Sounds compelling. Compelling, that is, until one looks a little deeper.

To be a non-citizen resident means you are a guest. Does a guest have the right to decide what color the guest room should be painted?

And in a very real sense, citizenship implies a share in the ownership of the political entity and an overall allegiance and civic responsibility to it. Not so, however, with someone whose sole basis for being here is purposefully based narrowly on the right to work. But then again, citizenship means there are rules and not everything goes, notions that are not too popular these days.

Nor should the payment of taxes change anything. That merely means that payment is demanded for services rendered. Moreover, by the very same reasoning, a foreign-based exporter with a local office here could claim the right to vote in a municipal election in the city where the office is located.

Finally, although it does necessarily ring a bell with many people in these days of result-oriented justice, existing law seems to prohibit non-citizen voting. Thus, Article II, Section 1 of the New York State constitution: “Everyone citizen shall be entitled to vote at every election for all officers elected by the people.”

To be sure, one professor has opined that while the language affirmatively confers voting rights on citizens, it doesn’t explicitly deny those rights to non-citizens. Yes, he actually said just that.

Mayor Bill De Blasio could of course veto this legislation but said he wouldn’t – although he conceded that an amendment to the constitution was probably needed to make the change legal.

Lest one think this is all some frolic by some in the woke community, it is serious business. Local elections in New York City draw notoriously low turnouts. The addition of more than three-quarter of a million presumptively left-leaning voters to the voting pool is no small thing. 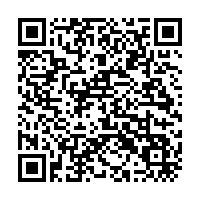