That there are at least two lockdown standards employed by Governor Cuomo and Mayor De Blasio amidst the coronavirus pandemic is hardly debatable. One just has to compare the recurring media photos of thousands of demonstrators protesting in close proximity to one another with photos of padlocked parks and small businesses.

The mayor’s strident admonishments of the Jewish community for having the audacity to want to follow its life-cycle religious ritual practices and the governor’s bully-boy threats to close New York City down if so-called “reopening violations” don’t cease just underscore the point.


But there is something more to this than just the invidiousness of the discrimination. In fact, it all strikes at the very heart of the rule of law as we witness ideology-driven law enforcement and mob rule.

Although the severity of the lockdown has now become somewhat controversial, in March it certainly seemed to make sense, and most were prepared to accept the notion that quarantine was necessary – as a matter of medical science – to stem the spread of the virus.

Yet, as soon as George Floyd met his tragic end at the hands of an apparently murderous Minneapolis police officer and the ensuing mass protests, the conventional wisdom was upended. An exception was suddenly made for protestors given what De Blasio described as this country’s 400 years of racist oppression of black Americans. This despite the intense official doubling down on preventing anyone but the protesters from violating the social-distancing rules in the name of medical science.

Plainly, ideology replaced neutral-policy concerns, selective law enforcement allowed it to happened, and it was all propelled by the sheer numbers of the protesters – what we might term mob rule. Indeed, we fear that unless we all start paying serious attention, the time of an America undermined by the rule of street may soon be upon us. 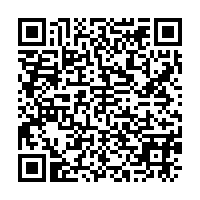